So much to dislike about this creepy guy, but it’s the lack of self-awareness that’s most striking.

The exchange went viral after it was shared by Redditor 42words and went like this. 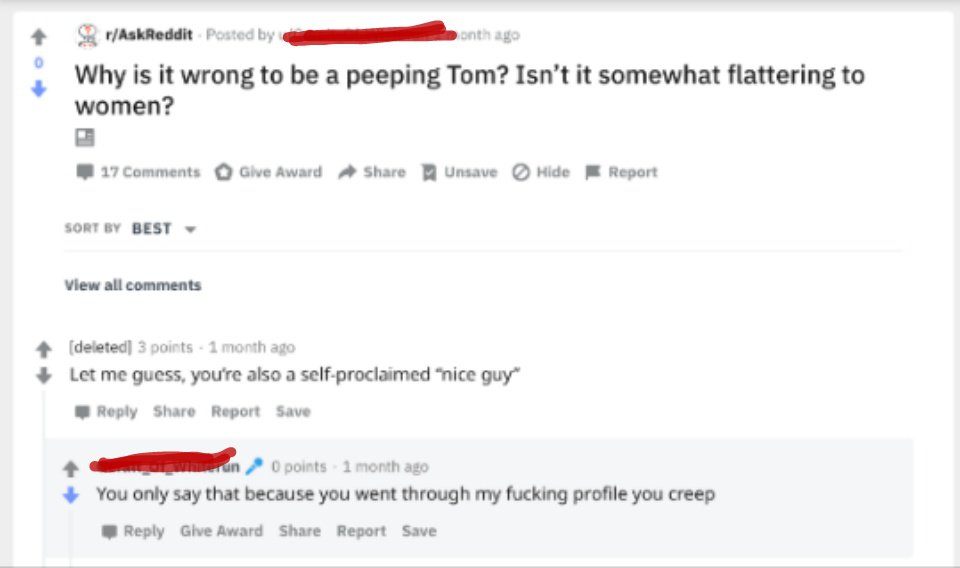 “Why is it wrong to be a Peeping Tom? Isn’t it somewhat flattering to women?”

“You only say that because you went through my profile you fucking creep.”

next story
Breaking News: This viral video of cheese in a 'chocolate fountain' is hilariously disastrous