Over on Reddit a 21 y/o woman got in touch to seek some relationship advice. Specifically, about what she should do about her boyfriend’s, er, unusual relationship with his teddy bear.

The woman said it was making her uncomfortable and it’s entirely understandable because, well, have a read for yourself. 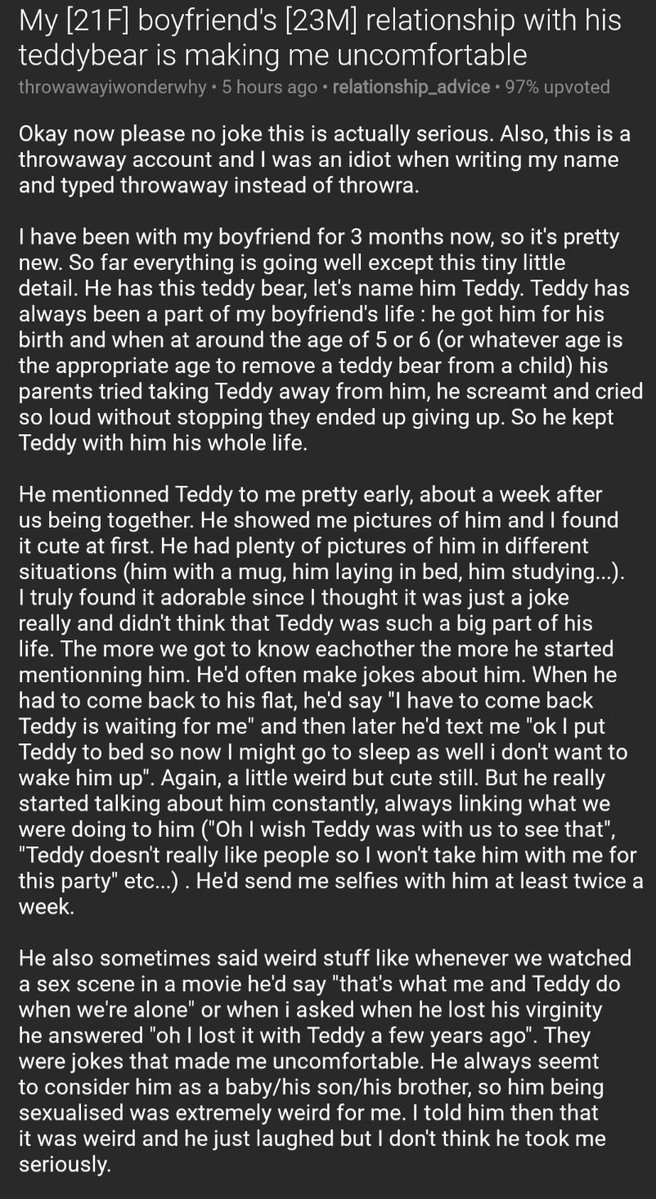 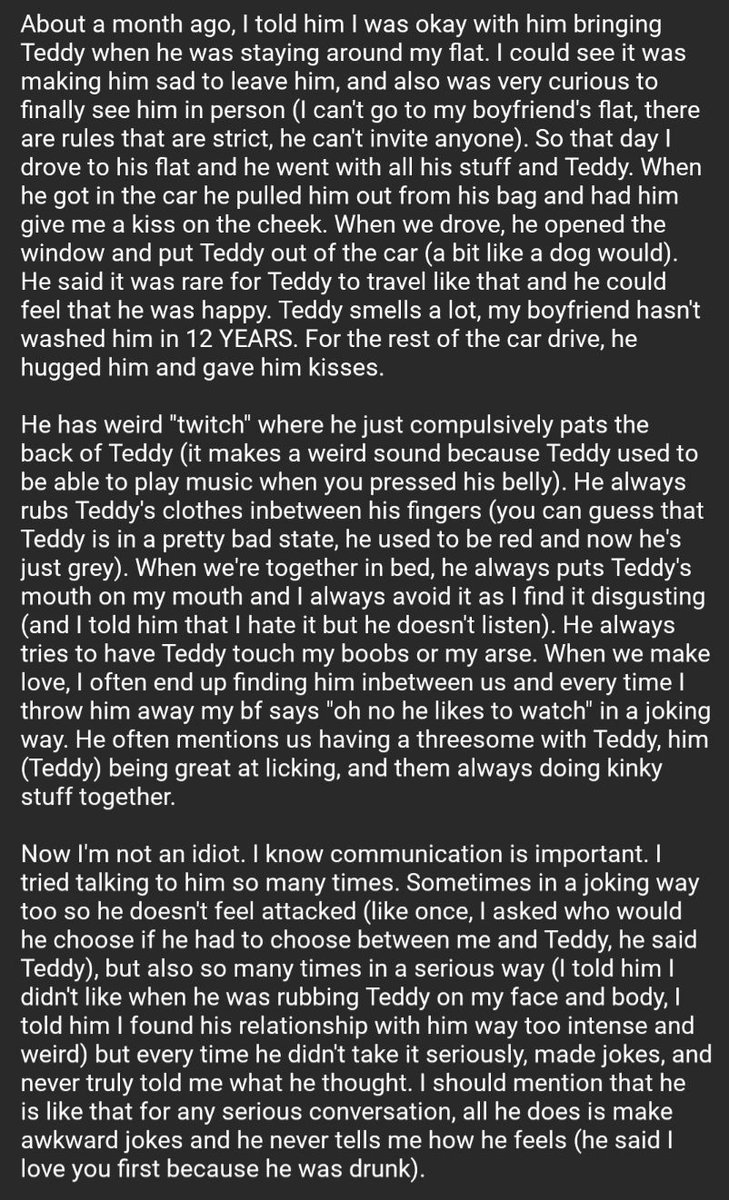 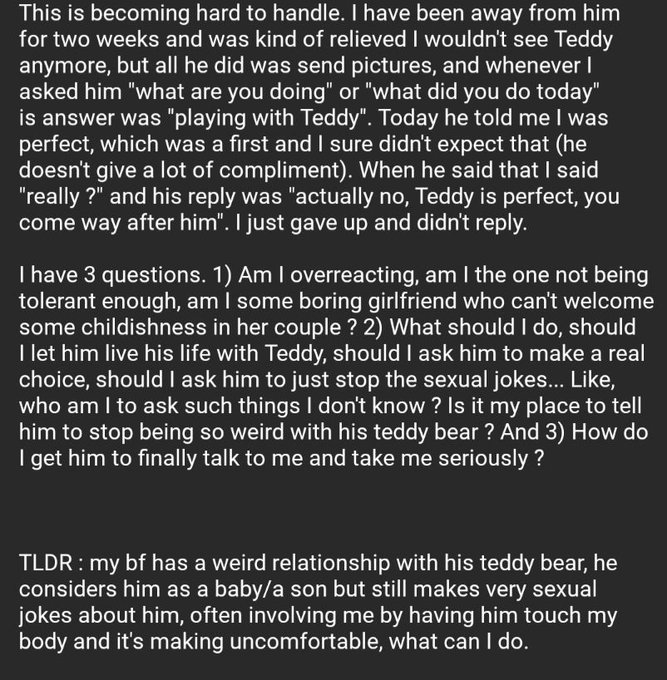 The post went viral after it was shared by @redditships on Twitter and these are pretty much the only 3 replies you need.

I read A LOT of /r/relationships posts where the issue could be resolved by simple communication. This is one of those issues that I think can only be resolved by you murdering Teddy in front of him.

The comment “This is above Reddit’s pay grade” nearly broke me.

And there was an update for those who are especially interested. 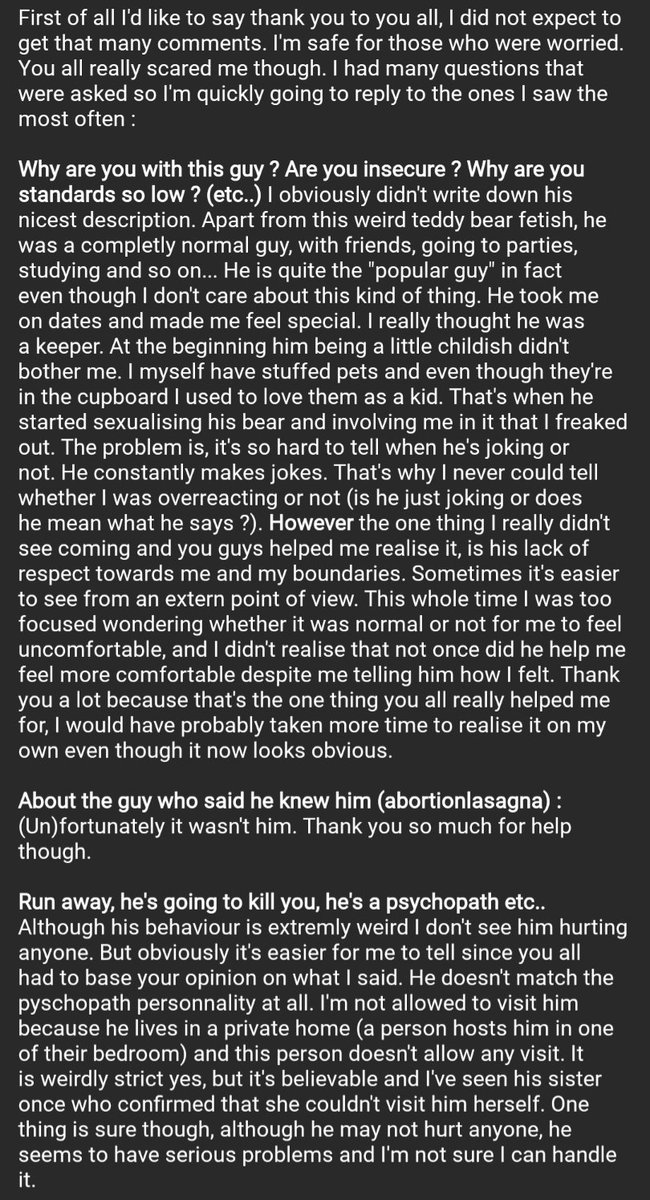 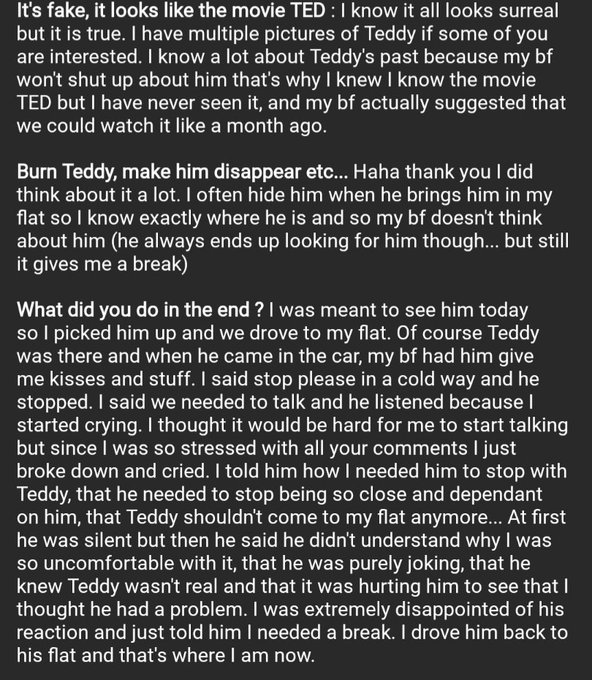 And someone reckoned they found a picture of the bear and it’s too scary to check, frankly.

so apparently this is the photo of teddy 😭😭 pic.twitter.com/cmVNqXRUAV