Early contender for takedown of the week goes to this exchange in which a guy takes an unlikely route in his defence of American gun laws.

And gets exactly the response he deserves. 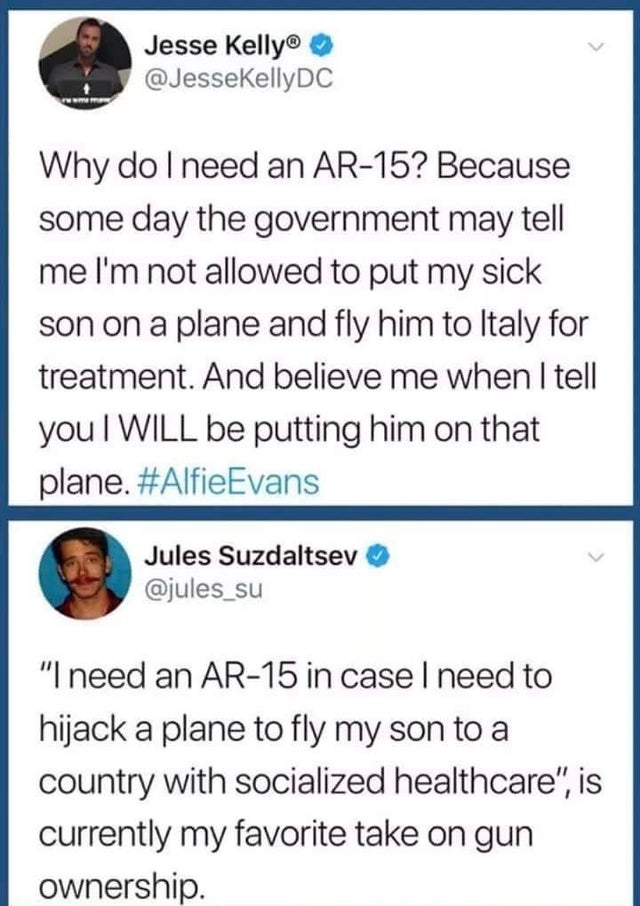 redditninemillion: ‘Probably not allowed in the plane because he’s unvaccinated.’

not_charles_grodin: ‘Why bother to vaccinate when you can just shoot those viruses with your gun. Pew pew pew.’