Over on Twitter someone called Kristen Hodges who describes herself as ‘Jesus. Nothing else’ – what, not even Netflix? – had this to say about trans people. 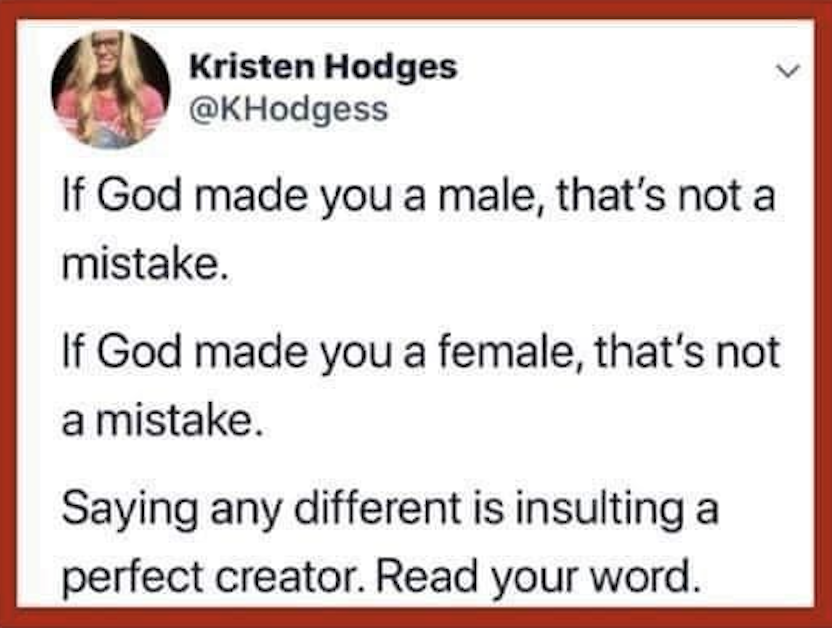 And it prompted no end of responses, as you might imagine, of which this, by comedian Dana Goldberg, was the very best. 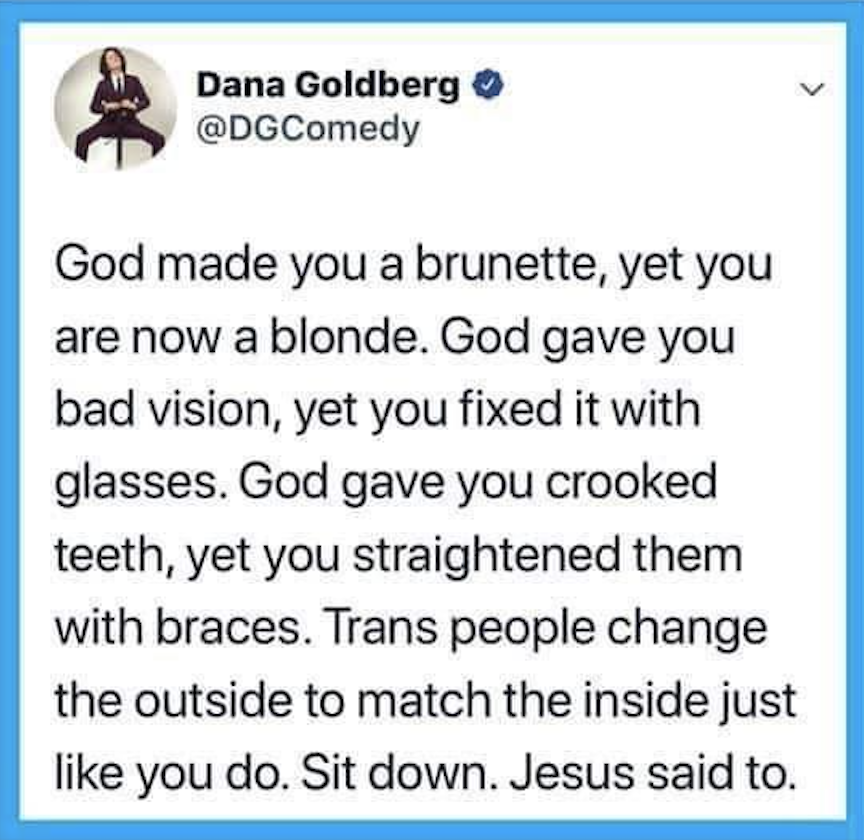 SplendidPunkinButter: ‘What if God made you trans, though?’