You’ll probably have seen by now the brilliant moment on Celebrity Mastermind when actress Amanda Henderson had a panicky black-chair moment when asked a question about climate activist, Greta Thunberg.

It’s early days we know, but 2020 is going to be hard pushed to come up with a better TV moment.

And the moment hasn’t evaded the attention of Thunberg herself. We know this because she did this to her Twitter handle. 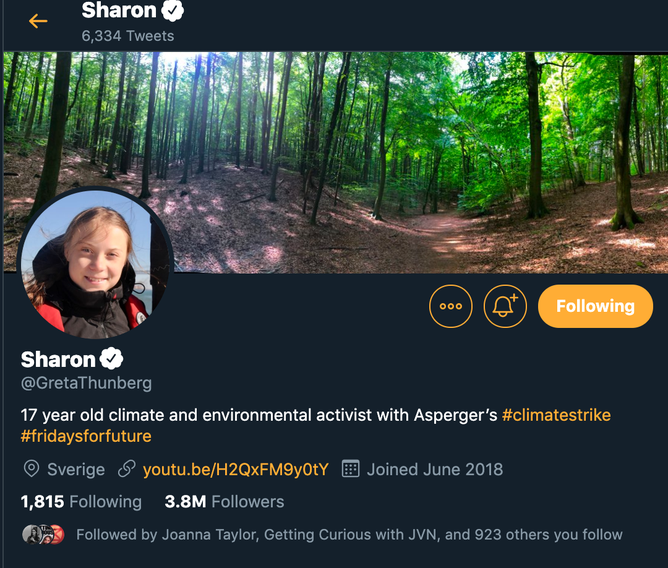 It’s not the first time she’s done this sort of thing of course, although usually it’s been at the expense of Donald Trump rather than having a bit of fun with a BBC1 quiz show.

Here’s how she responded to this Trump tweet after she won Time magazine’s person of the year (and not him). 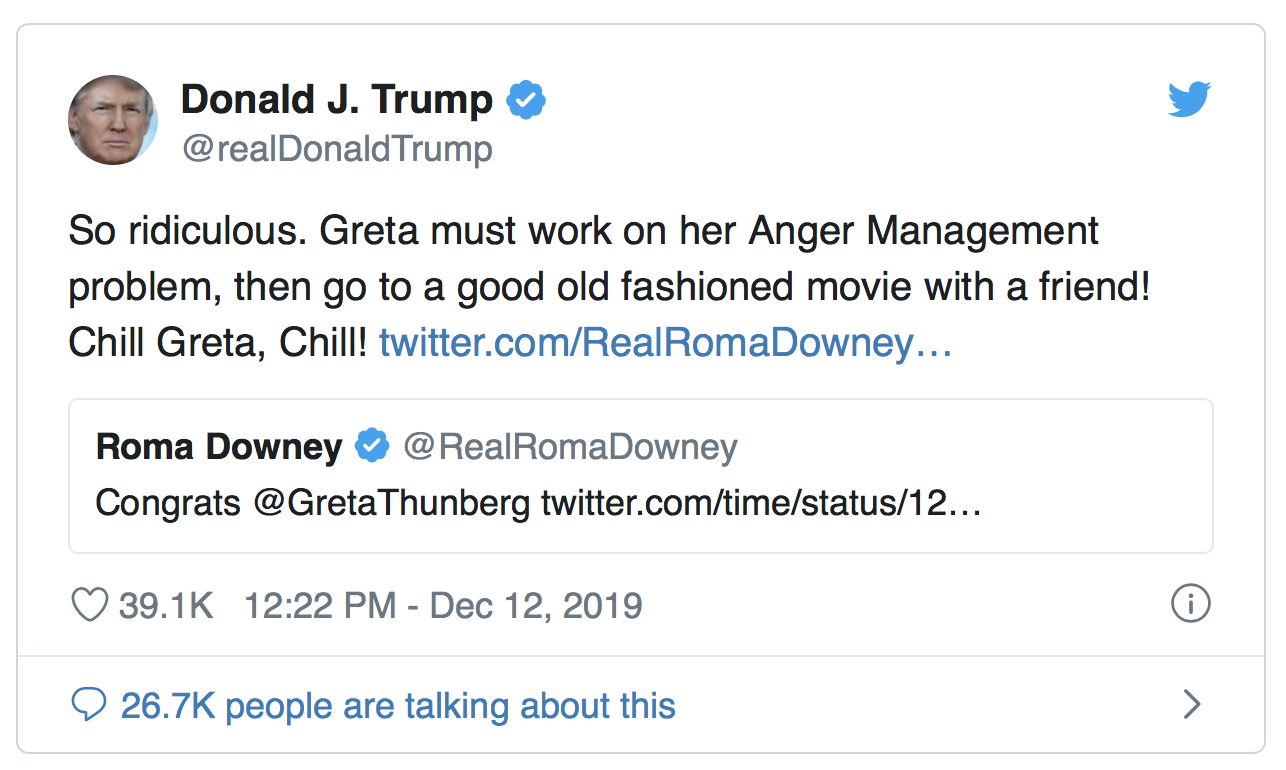 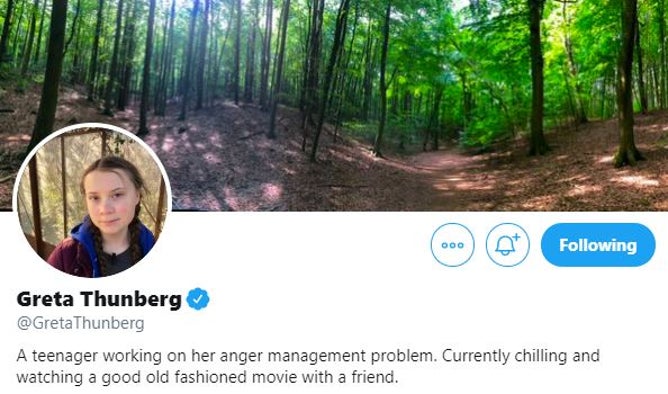 And not forgetting this. 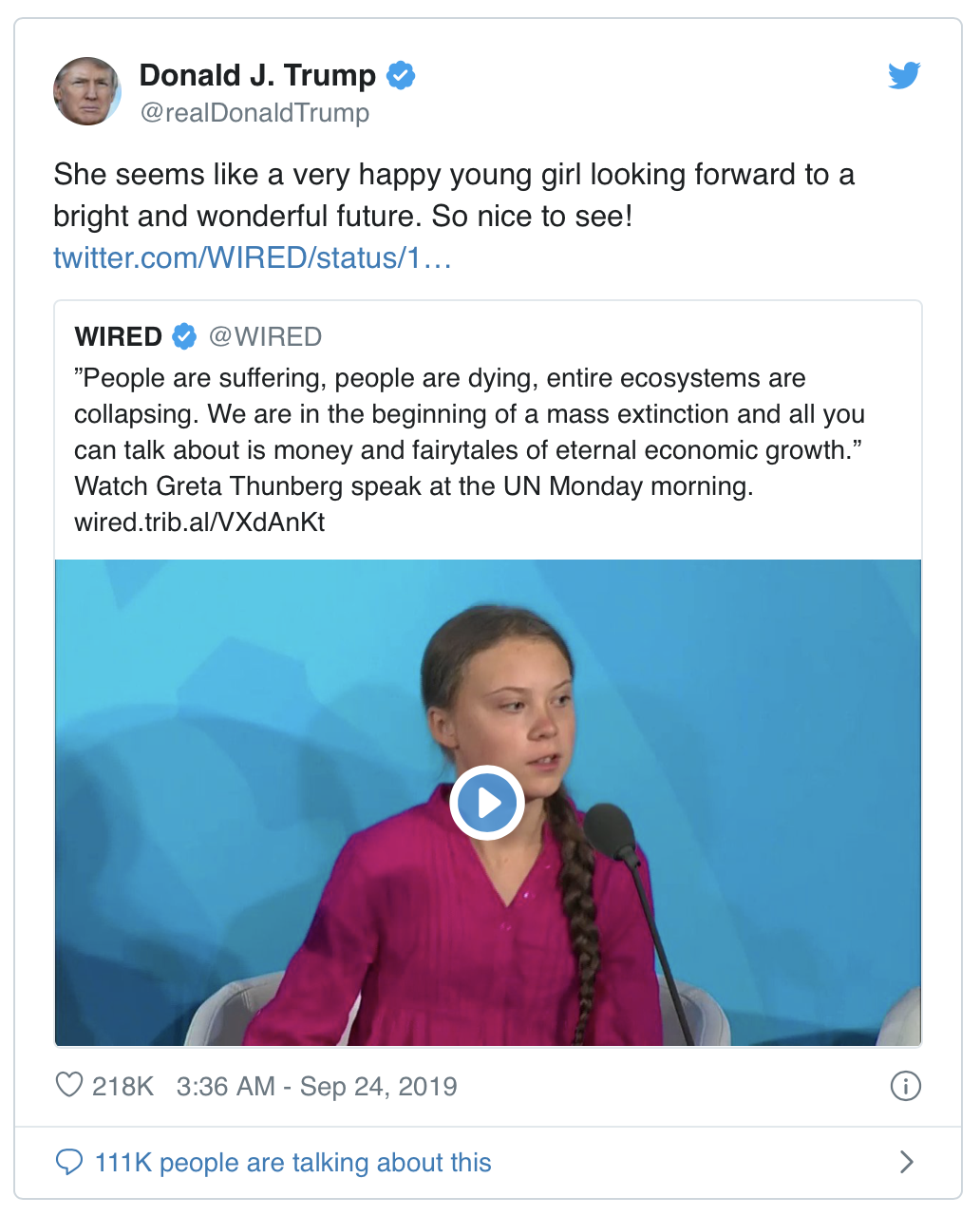 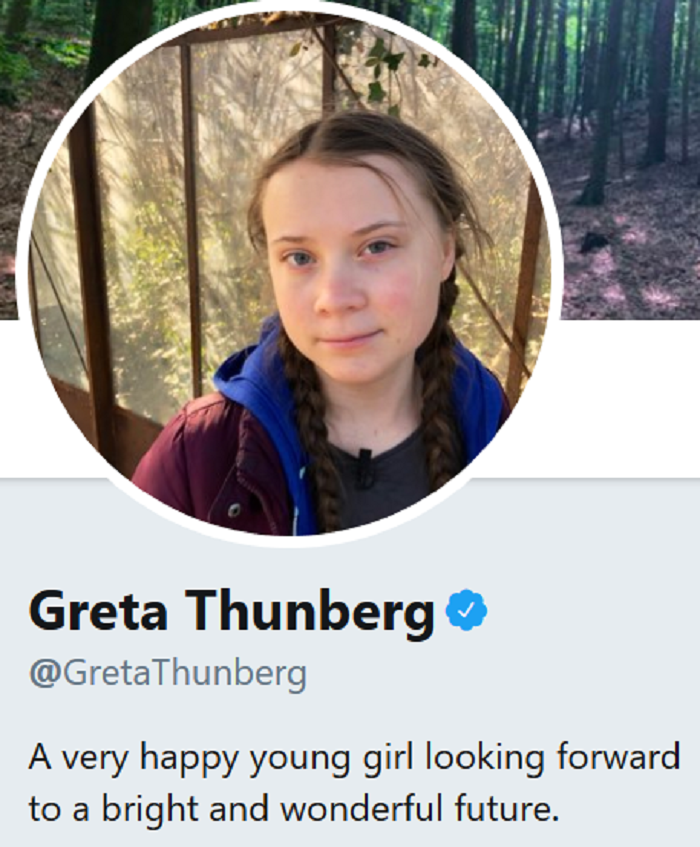 next story
Breaking News: Self-own of the week