University Challenge’s nod to the Christmas season was delightfully surreal

During the first semi-final of the Christmas season of University Challenge, eagle-eyed viewers might have spotted something very much out of the ordinary.

When the reply to one question was “Widow Twankey”, host Jeremy Paxman was suddenly seen like this: 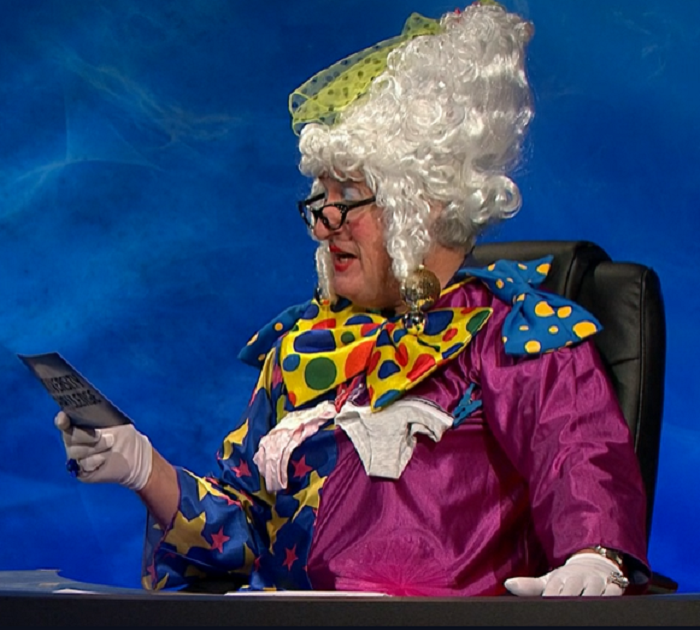 Oh yes he was!

This is how it looked as it happened.

In case you missed it – here's last night's WTF moment from University Challenge. Genuinely thought I was hallucinating pic.twitter.com/mnZDQAg3YV

He should have dressed like that when he was on Newsnight; interviewees would have been too stunned to fudge their answers.

These are a couple of things people have been saying about the odd moment.

*Turns on University Challenge and realise that the mushrooms in my dinner may have been special*#UniversityChallenge pic.twitter.com/G0qCg8L63l

I'm obviously still drunk from New Year, because this can't have just happened on #UniversityChallenge pic.twitter.com/Qn3QVNIoZX

Baffling change into a pantomime dame by Jeremy Paxman on #UniversityChallenge. Asking ourselves if he’d been wearing it all along but he’s changed back. pic.twitter.com/VTp4YubPI8

Never forget that this is his preferred form of questioning.