People love this glorious takedown of a homophobic aunt

You can’t choose your family, but if they happen to be racist, anti-vaccination or homophobic, you can issue a sick burn like this exchange involving someone called Charlie, shared by redditor, Lord_Alpha01. 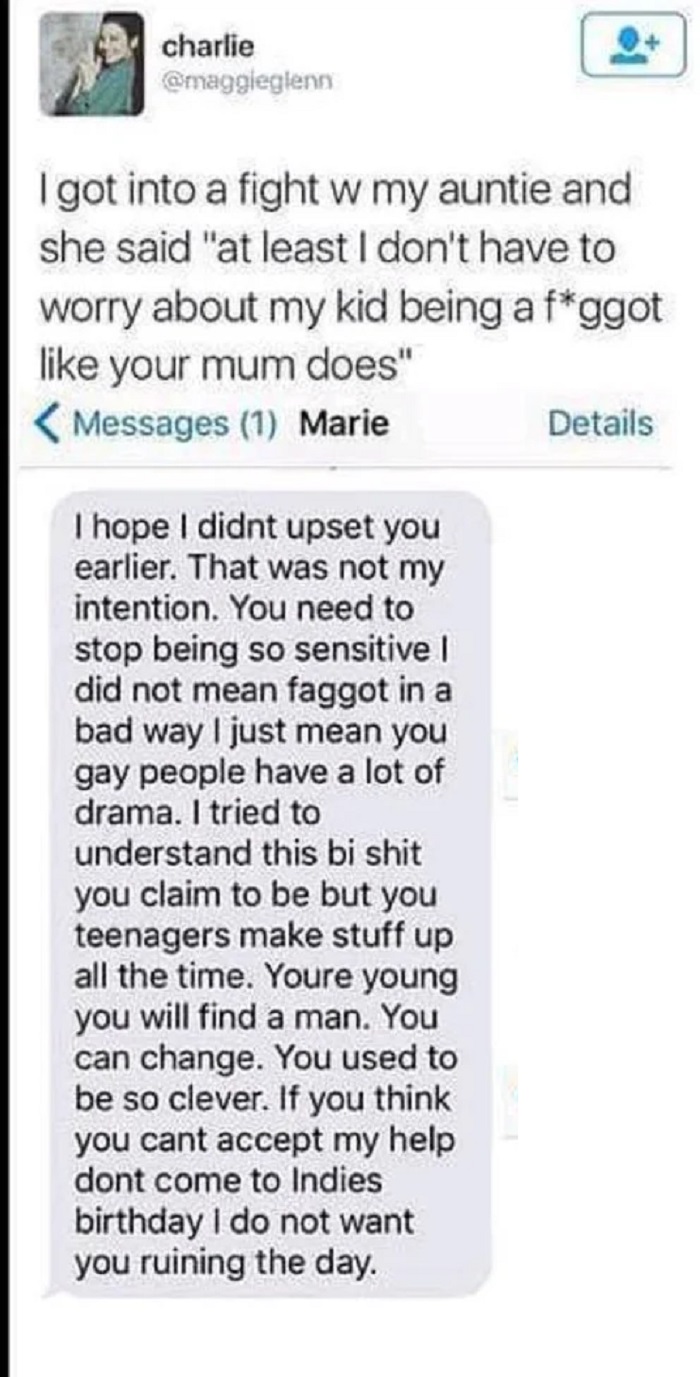 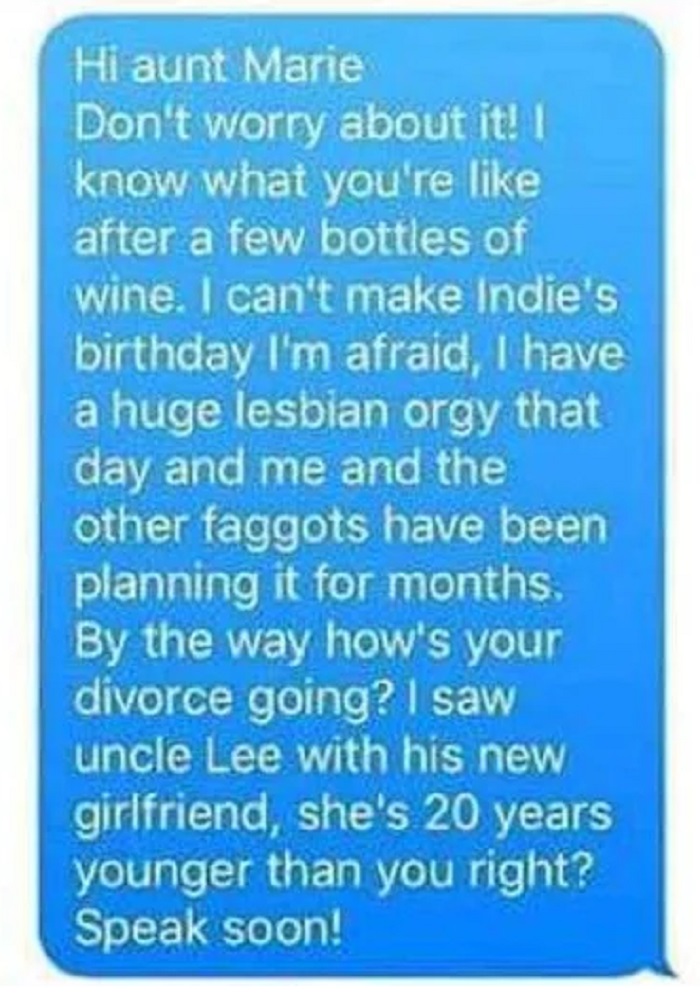 That’s one superb takedown. Sadly, it looks like it led to friction with other family members – for a start, her mum middle-named her, which is never a good sign. 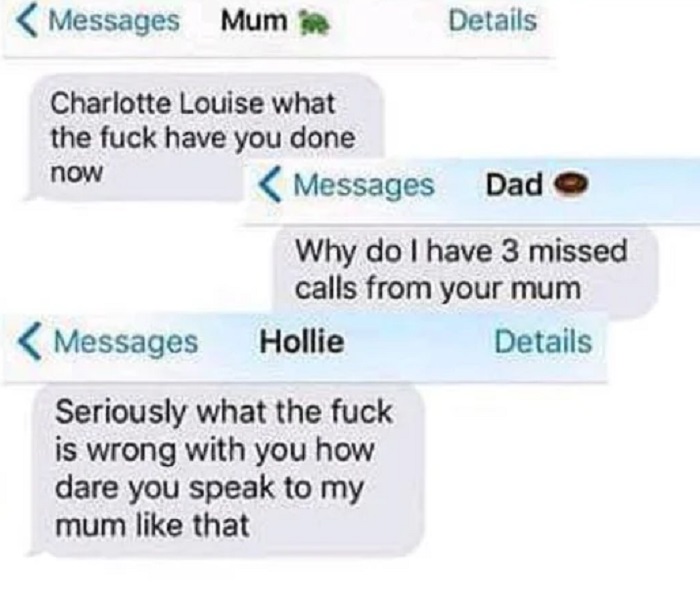 Let’s hope Mum and Dad were on her side once they saw the aunt’s message; Reddit certainly was.

My next text would be “oh I hope I didn’t upset you, but you need to stop being so sensitive. I didn’t mean Uncle Lee’s gf looks 20 years younger in a bad way. I just don’t understand this Divorce stuff, it’s so drama.

Damn, this i some legendary clap back i’ve ever seen before.

Auntie’s apology fell so far from what appeared to be a nicely intended beginning. Her true colours came through so quickly. Whatacunt.

The anecdote was posted to r/clevercomebacks, but we honestly think it belongs in r/murderedbywords.