Many economists have argued that the UK would have been in better shape if it had ploughed funds into infrastructure and social projects instead of pursuing austerity.

It seems Finland has taken that path in its homelessness policy, and it inspired this special Facebook exchange. 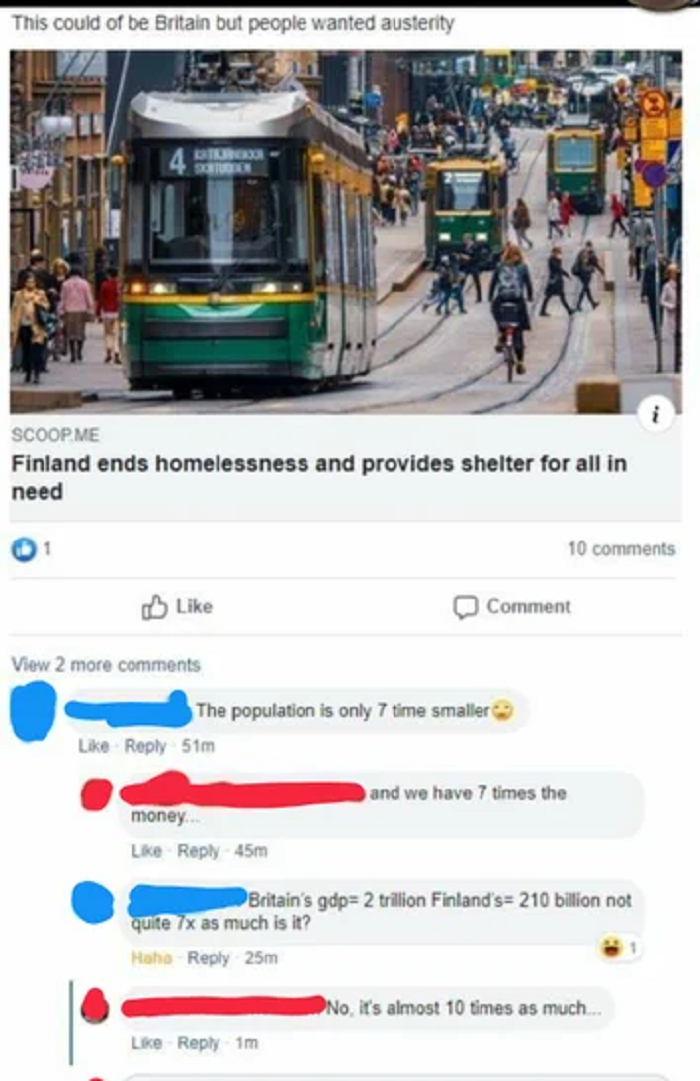 And that, kiddies, is why you should stay awake during Maths. The post, shared on Reddit by acdbrnout in a subreddit called Murdered by Words, was voted to the top of the page by people enjoying the subtle burn.

Here are some of the many comments people have left so far.

This is what I tell people when they say the USA can’t afford to provide better healthcare or reduced post secondary education.

Red: “Tis but a scratch”

Blue: “Parry this you fucking casual”

Just so ya know, the US is running trial programs to house homeless folks to offset medical costs. A few of our largest insurance companies are doing it.

It turns out its cheaper to house folks than to repeatedly treat them for the same things.

Unfortunately, a lot of people were distracted from the murder by words by a whole different word problem.

Why do people keep writing ‘could of’ instead of ‘could have’? It pisses me off that I can read and write better English than people who has as their first language.

With ten times the GDP of Finland, no doubt the UK will be pouring a lot more money into education any day now …