We could totally understand the Flat Earth movement if it weren’t for stuff like video footage of the spherical Earth, taken from space, but some people are convinced we live on a flat planet with edges.

Rapper B.o.B was convinced he’d spotted absolute proof of a flat Earth, but the old exchange recently ended up in the r/murderedbywords page on Reddit – which is never a good outcome. 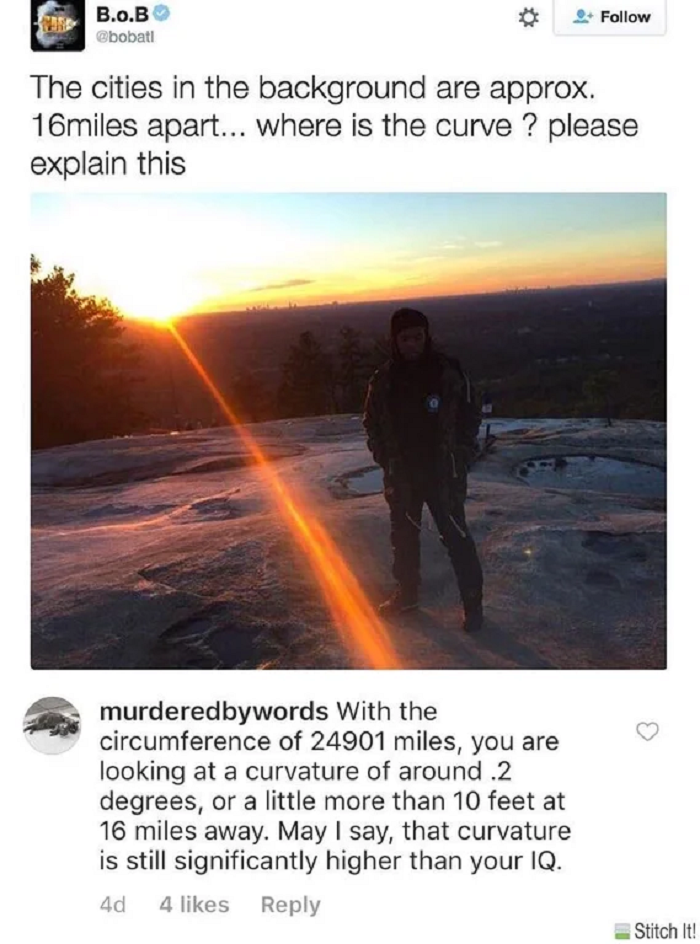 B.o.B’s burn attracted a lot of reactions, so here are just a handful.

I can’t believe that people actually believe in flat Earth stuff … it’s like … they think it’s funny to be dumb or something..

I don’t think people really understand just how big the earth is and how small our perspective is in comparison. It’s not super mario galaxy ffs

Can someone just give them a peep on a telescope and get this taken care of?

Redditor MikeDarsh had a point to make about the original post.

Lol those two “cities” are both Atlanta and not 16 miles apart. The left is midtown and the right is Buckhead which are about five miles apart.