The reviews for #CatsMovie has inspired new levels of creativity for reviewers and I could not be more here for it pic.twitter.com/F1kq2v1eJj 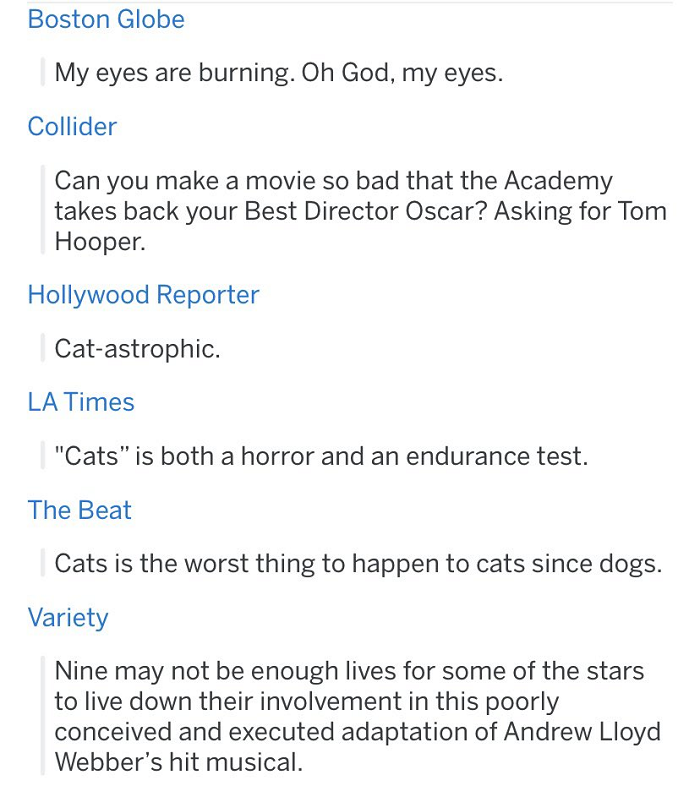 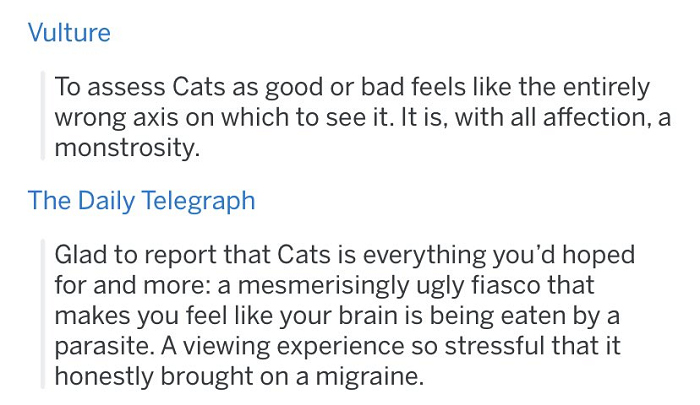 Among many other oddities, one reviewer found this aesthetic decision particularly odd.

They CGI all the dudes packages, but none of the women's breasts, so that was… a choice.

You’d think it would have given them *looks to camera* paws for thought.