Here’s Katie Hopkins – apologies – bemoaning the lot of white conservative women everywhere and we only mention it because, as this person points out, it’s so much more accurate than she thought it was. 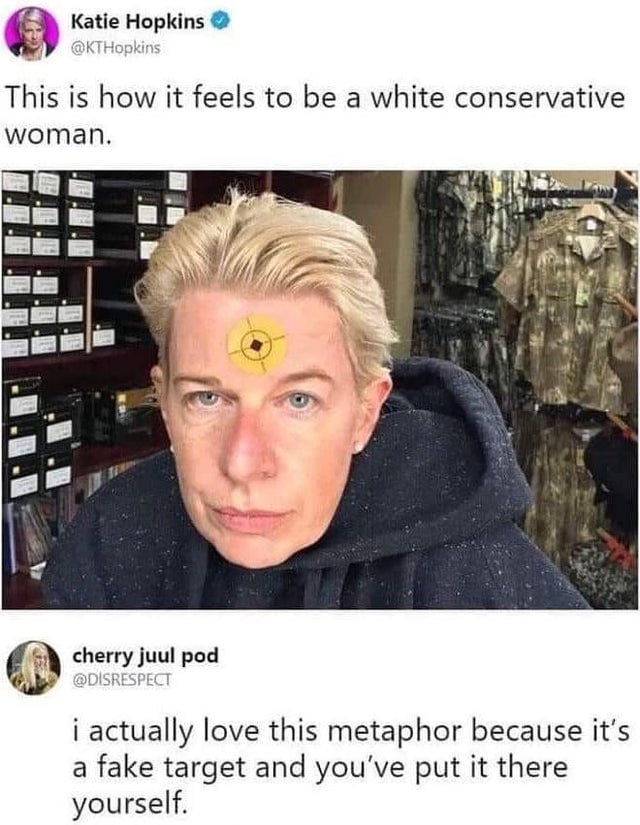 ‘She hit the target right in the middle,’ said Aaldabbous who shared it on Reddit.

Almost as good a takedown, in fact, as when Hopkins trolled London’s Christmas tree and the capital’s mayor, Sadiq Khan …

Holy Hell. Did the Muslim mayor choose this sorry excuse for a tree?

Norway gives it to us every year, in commemoration of us fighting your sort in 1939-45. https://t.co/IcEs1ncfpB

Simply 25 of the most memorable memes of the decade