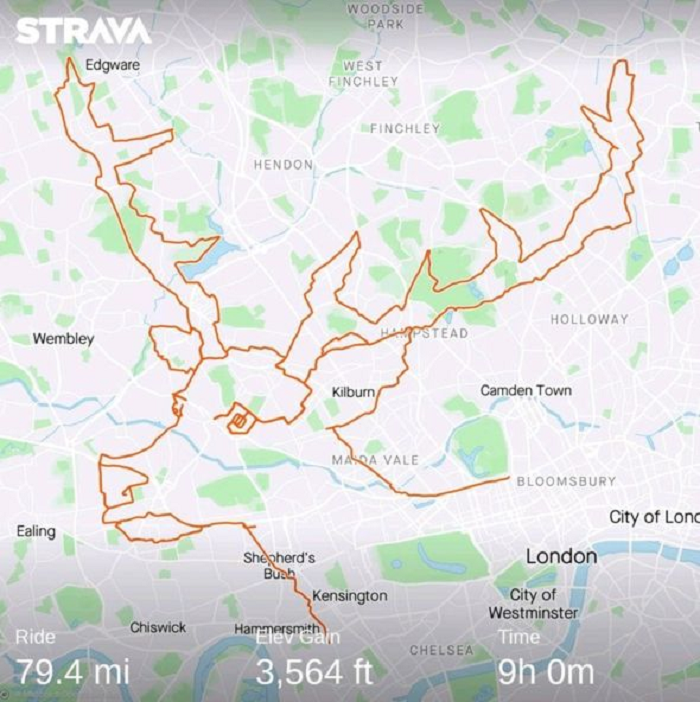 It isn’t the first time Anthony’s spread Christmas cheer via Strava, the route-sharing app, as he did this in 2017: 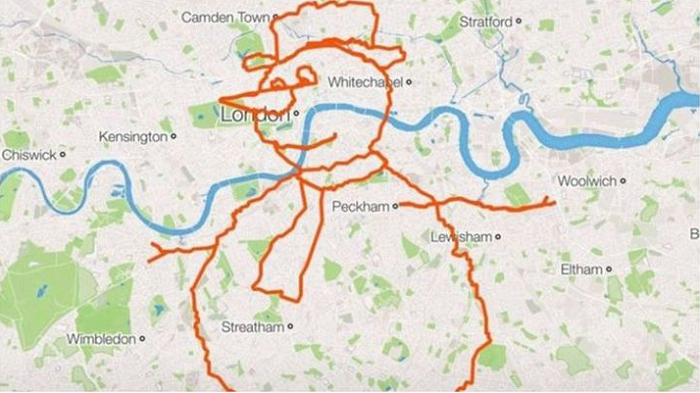 Then, he did this one a year later. 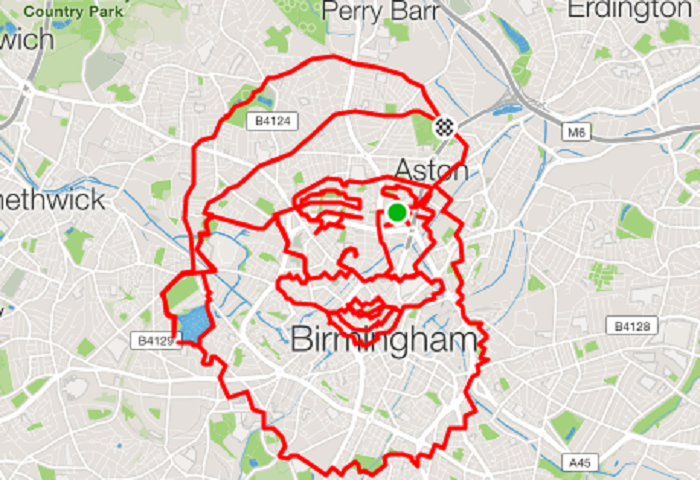 It took him nine hours to draw the reindeer, and he described the creative process to the BBC.

“I just spend a lot of time looking at maps, and…. waiting for things to jump out.”

We totally agree with @SheRa_Marley.

one of my favouritist things in the whole world is when people do silly shit for no reason other than it's fun https://t.co/GObIOFbTiL