Relationship dilemma of the week – although, in all honesty, it’s not too much of a dilemma – comes from this woman who was moved to share her boyfriend’s behaviour on Reddit. 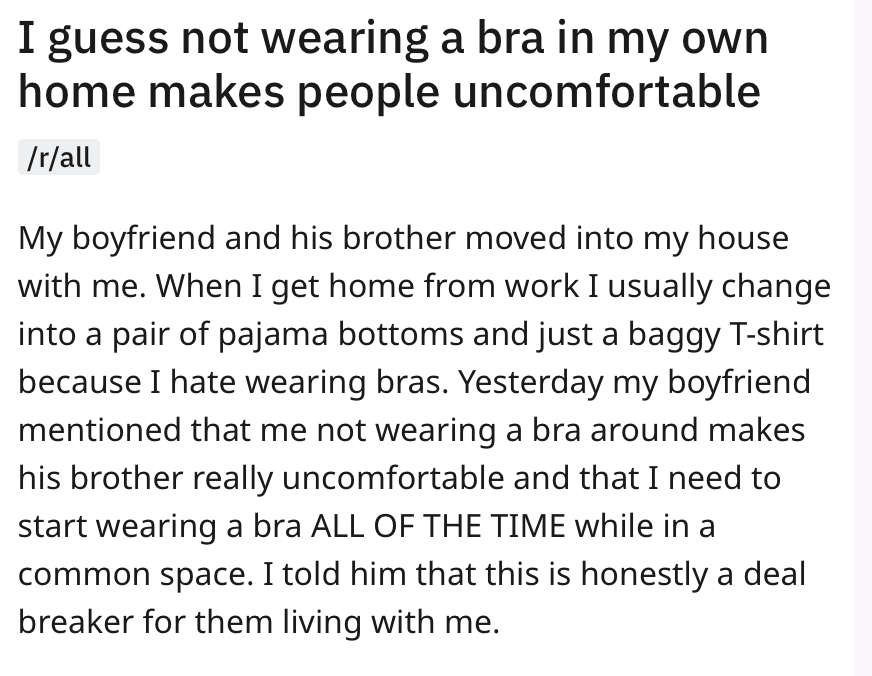 DConstructed:: ‘”Oh, I guess you didn’t know this is how I dress at home before you moved in. If you’re not comfortable and you need to move I understand.” I find it difficult to believe that your boyfriend was unaware that you went braless in your own home. If he knew that then he also knew that his brother would be moving into that situation.’

sogapollag: ‘That’s totally ridiculous. Tell them it’s your house so they can either deal with it or take their backwards expectations somewhere else. Until then, I suggest you dramatically announce “avert your eyes!” like a scandalized Victorian maiden every time you encounter them in the house.’

madamsquirrelly: ‘If you have to wear a bra, then so should your boyfriend and his brother. Fair is fair.’

next story
Breaking News: This speaker coughing at a Republican convention wins facepalm of the day