We’re not sure if this started out as a joke or if it was serious, but there was no doubting the takedown that followed.

A woman said she’d steal another woman’s man and, well, there’s burns and there’s burns. And then there’s this. 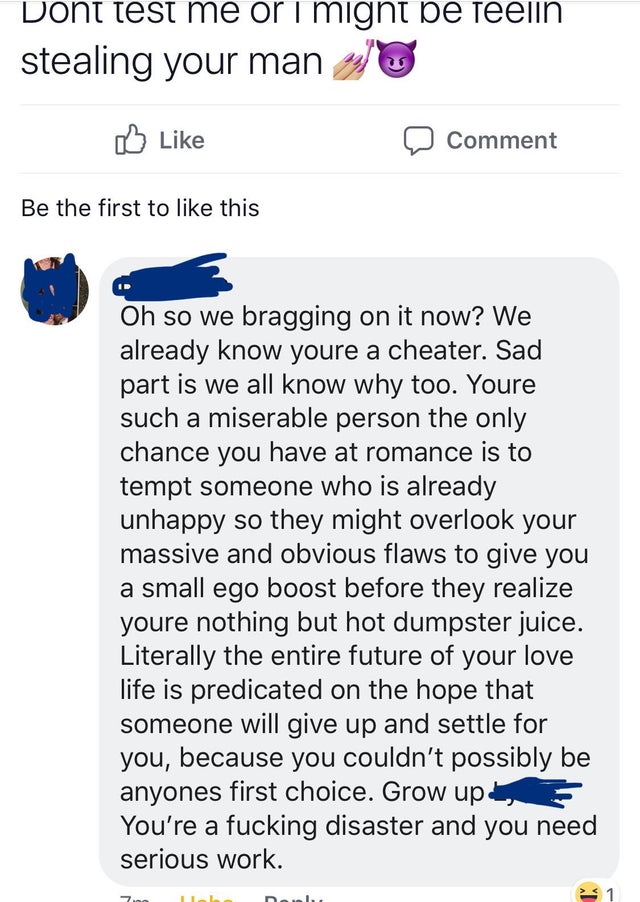 “Hello? Police please. I’d like to report a murder …’