Here’s a doctor having a little bit of fun at the expense of anti-vaxxers, and the enjoyment was magnified about 10 times or so because they simply weren’t getting it.

So much so that the tweet was shared no an anti-vaxxer forum where it caused much excitement. 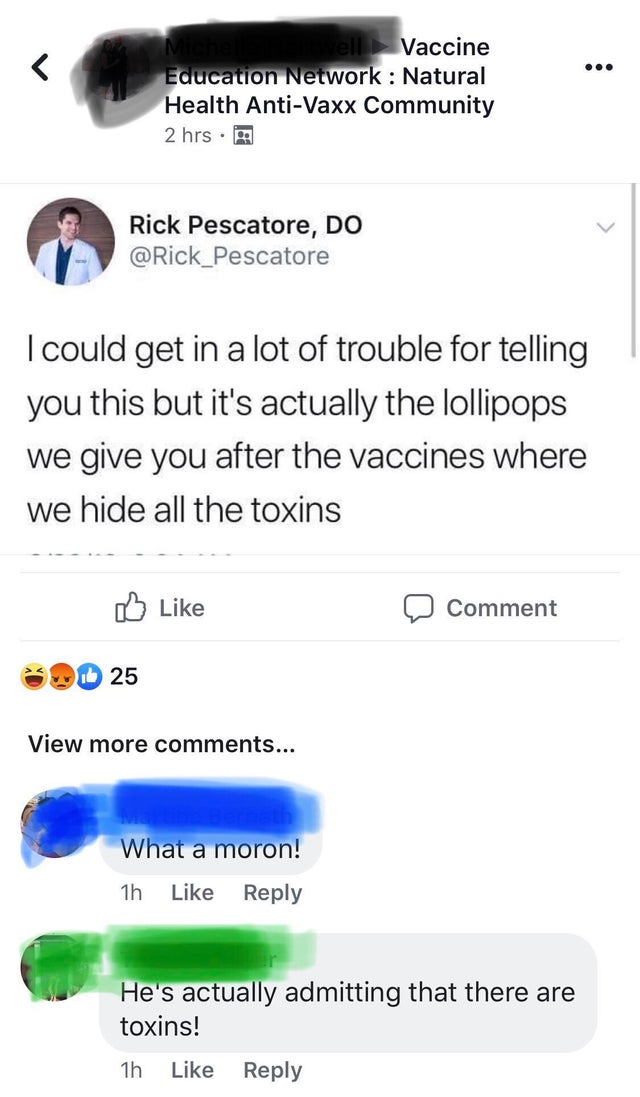 AngryPB: ‘So are they gonna vaccinate now but just refuse the lollipops.’

ayresian999: ‘The problem is the vaccine can only be activated by the lollipop.’

It reminded us of this doctor’s takedown of an anti-vaxxer’s stupid meme which was simply glorious. 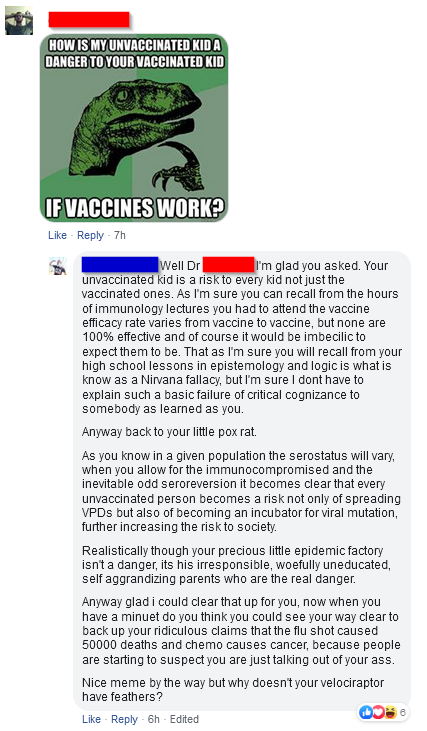 This Scrabble-inspired takedown is a triple word burn