We have to confess we’re not overly familiar with the media in Australia, so it was a bit of an eye opener when Kate Mackenize on Twitter suggested his was typical of its attitude towards climate change.

‘I sometimes struggle to describe the Australian media landscape to people who’ve never lived here…now I can just show them this,’ said @kmac. 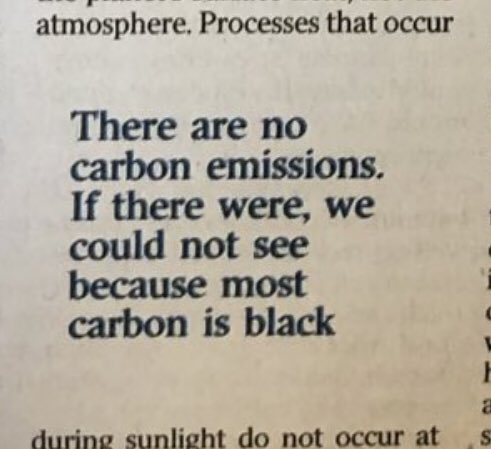 This is the only national general (non-financial) newspaper so it’s read by every editor in the country and has a very big part in setting the daily news agenda.

I can’t deal with this. That anyone feels this comfortable and entitled making such a public admission of stupidity is just astounding. And that an editor would publish it is criminal. https://t.co/GOYyEG4Jpb

Other fun facts: 1. It’s the only newspaper Rupert Murdoch launched himself as opposed to buying or inheriting it. 2. I used to work there. 3. There are some fantastic news outlets & journalists in this country. @p_hannam from whom I stole the pic is just one.

If you can see your hand when standing close to a coal-fired power station, it's because all the carbon emissions are in the form of diamonds

Imagine thinking you've outsmarted all climate scientists with… this… https://t.co/ShFjcPkAqR