This zoo sign is supposed to reassure visitors to the bear enclosure but it doesn’t, it really doesn’t

The glass broke in the bear enclosure so this zoo put a sign up to reassure visitors there really was nothing to worry about. 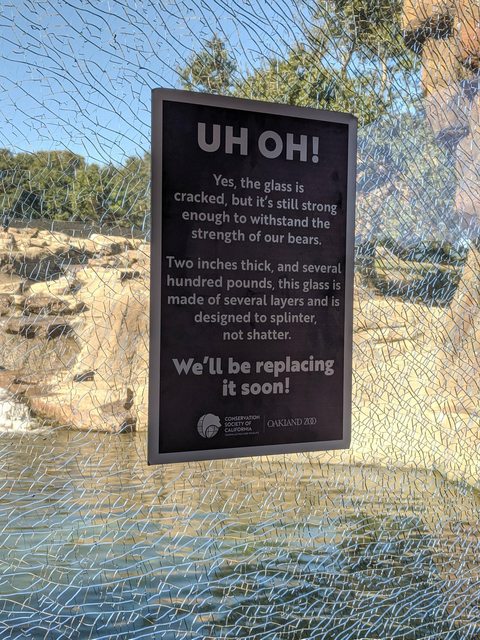 ‘Sounds exactly like the sort of thing a bear would write,’ said PanicPixieDreamGirl.

ThisJawnThatJawn: ‘Fun fact: The Philadelphia Zoo experienced this twice in a few weeks. After investigation (and two insurance payments), they found an orangutang would throw rocks at the glass at night. After discovering this, they gave the orangutang therapy (yes, that exists), and specifically excluded damages from that orangutang on the insurance policy.’

Right! Who wants to see the penguins?

Guy trolls Samsung with ‘dick pic’, is murdered by emoji