The Woking branch of Pizza Express has been flooded with joke reviews after Prince Andrew said in his BBC Newsnight interview that he visited it for a party with his daughter, Beatrice.

His visit wasn’t just on any day, of course, but on the day that Virginia Giuffre claimed she was forced to have intercourse with the royal, who he says he has ‘no recollection of ever meeting.’

“On the date that’s being suggested I was at home with the children… I’d taken Beatrice to Pizza Express in Woking.”

Prince Andrew tells @maitlis he was elsewhere the night it has been claimed he had his photo taken with a woman who says they had sex
#Newsnight pic.twitter.com/XoDEALx5MJ

‘On that particular day, that we now understand is the date which is the 10th of March, I was at home. I was with the children and I’d taken Beatrice to a Pizza Express in Woking for a party at I suppose, sort of, four or five in the afternoon.

And it might not have come entirely as a surprise that the restaurant has now been flooded with fake reviews. Here are 10 of the best. 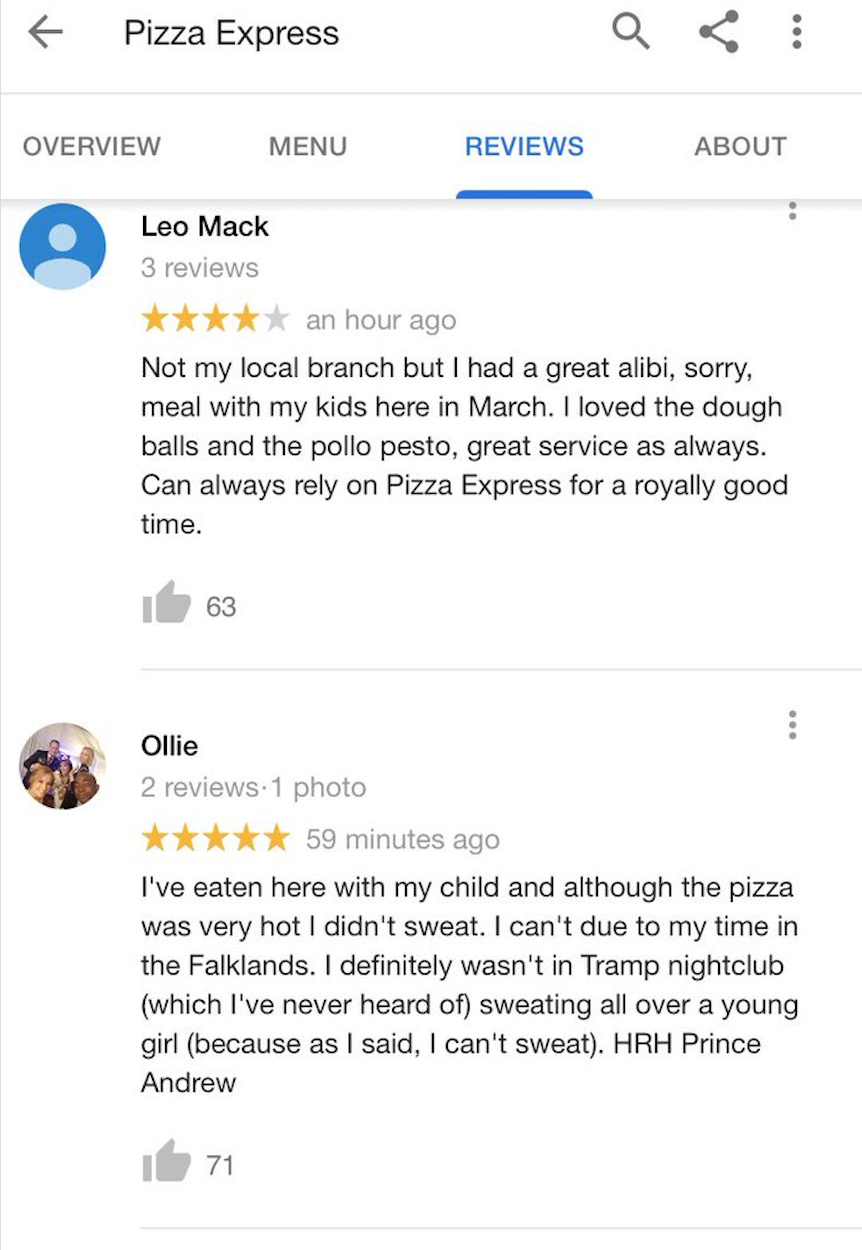 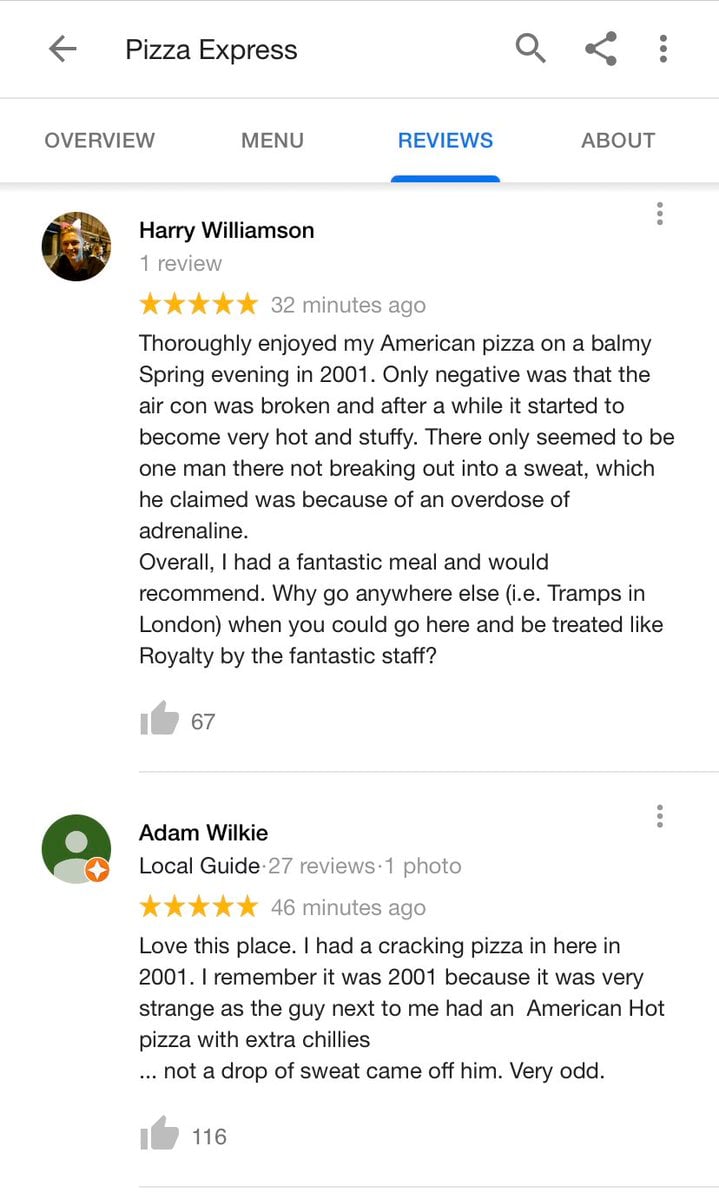 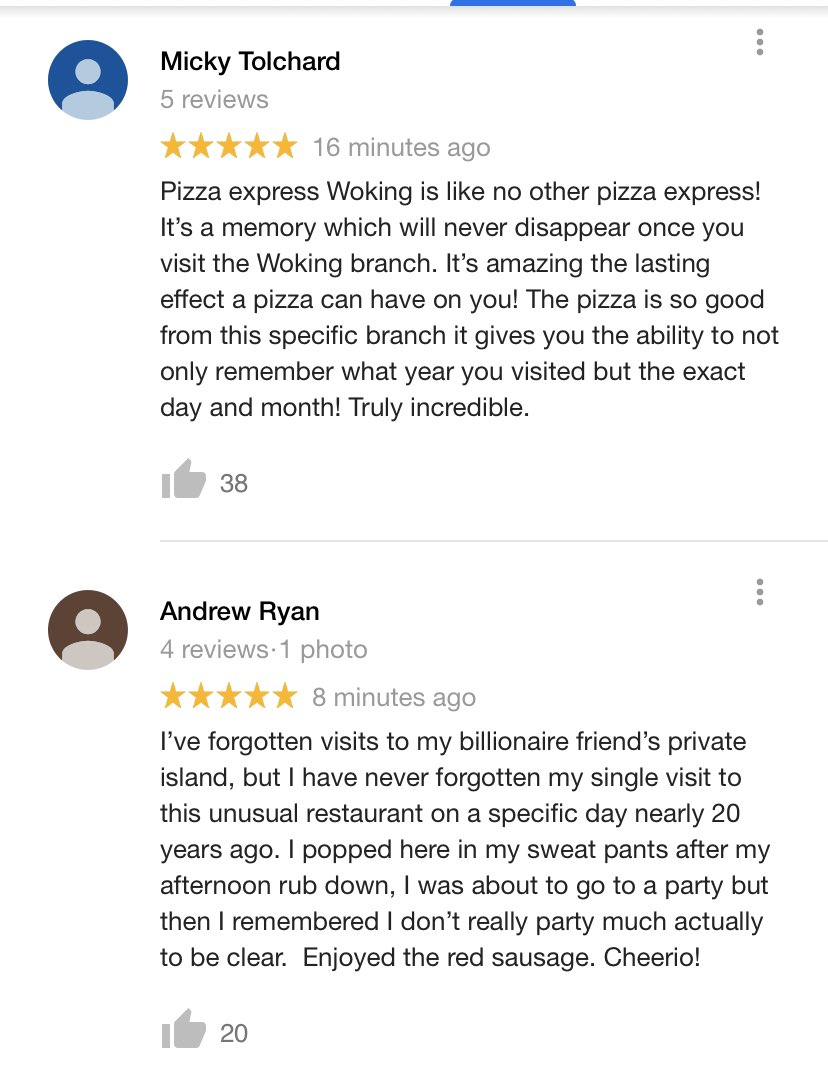 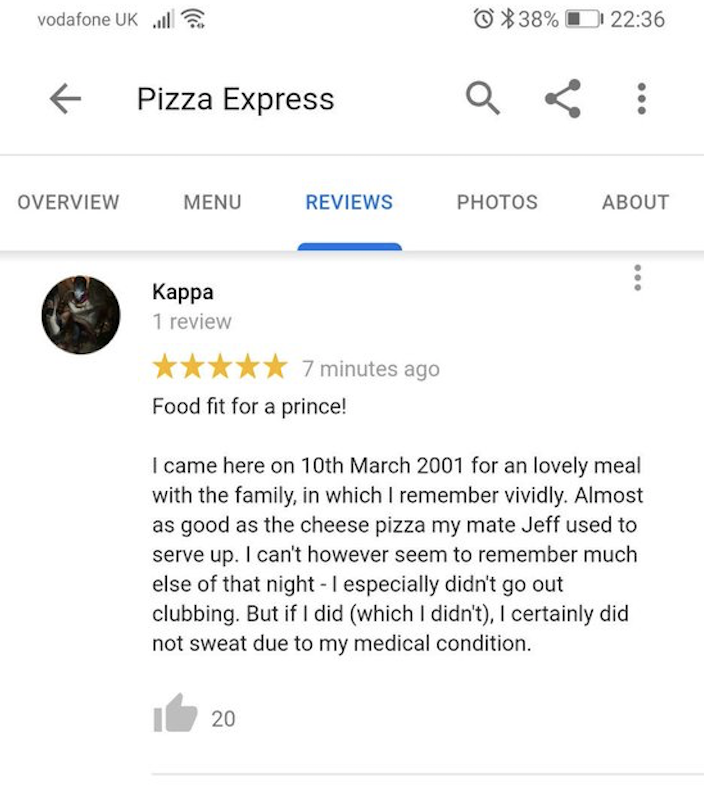 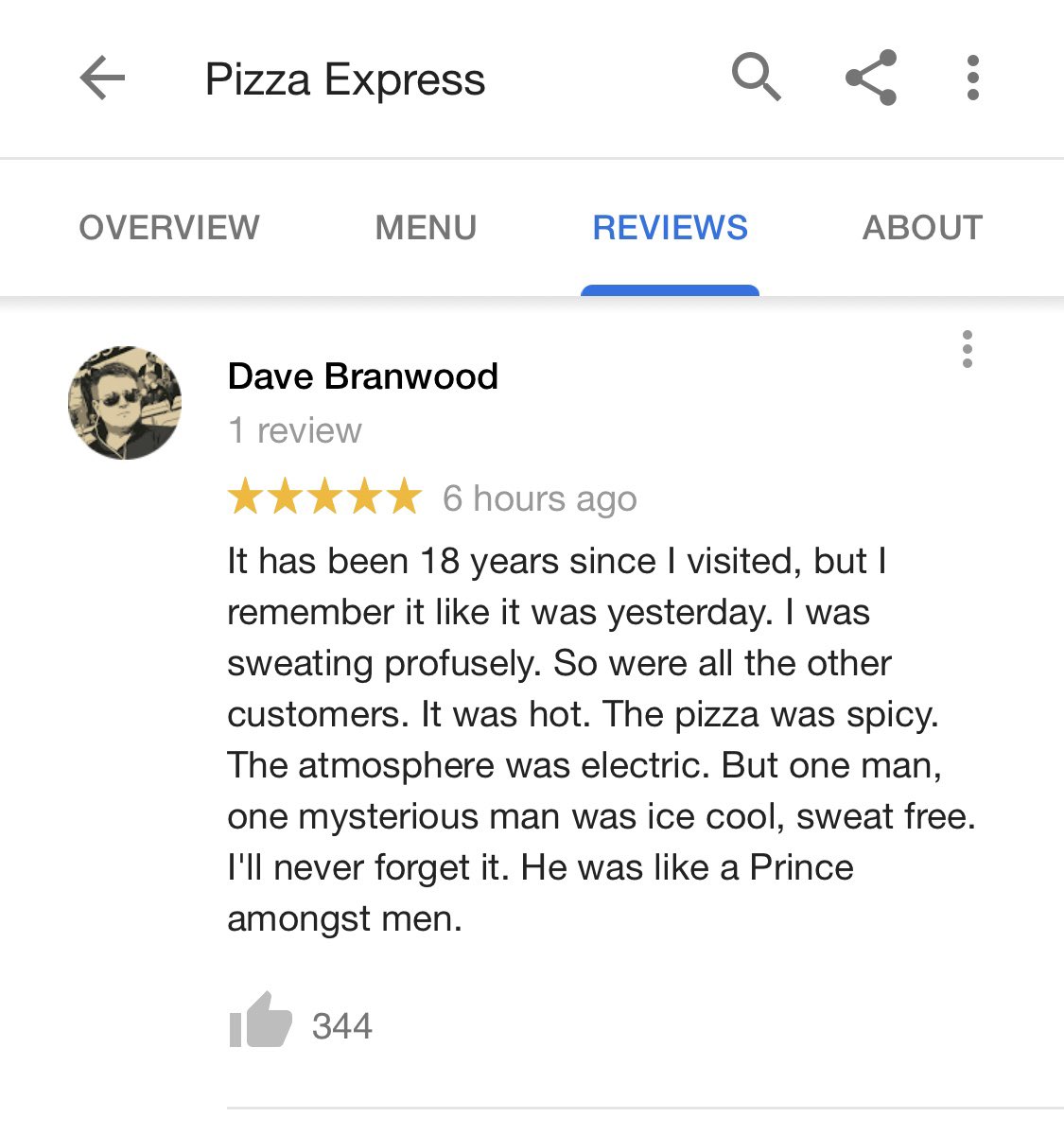 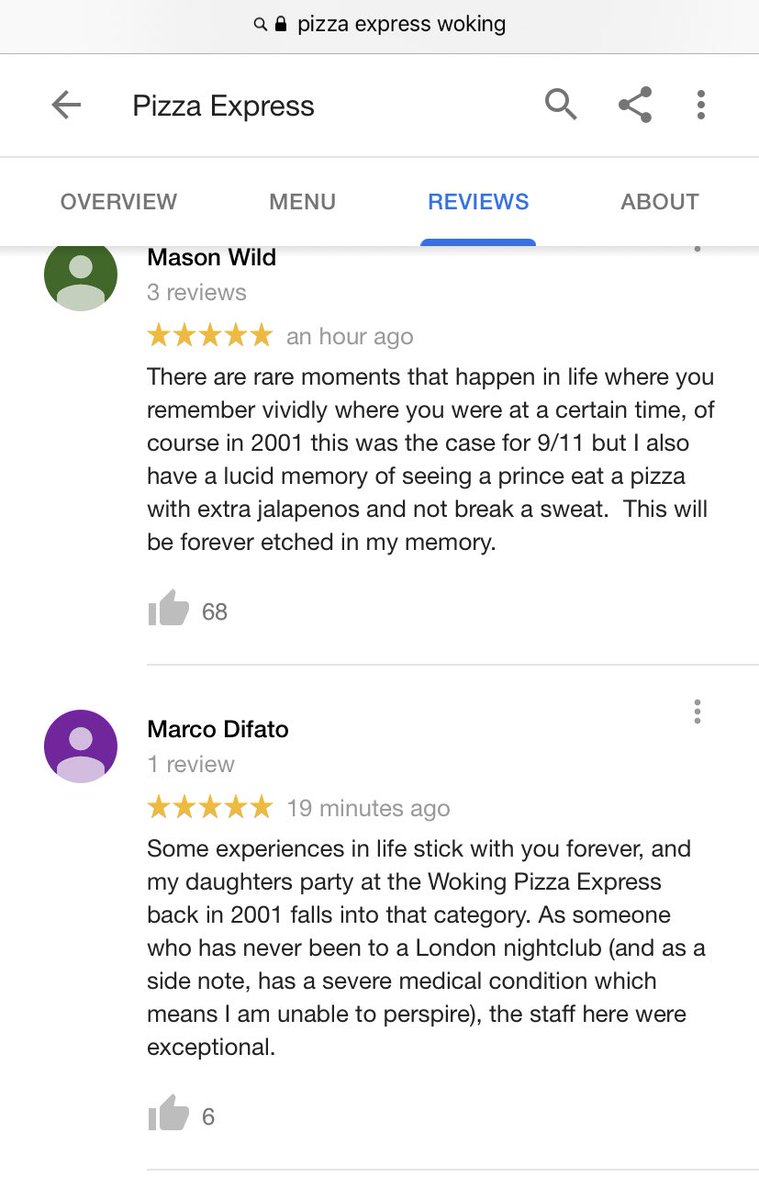