This old fire alarm was designed to stop hoax alerts by trapping the arm of whoever triggers it. 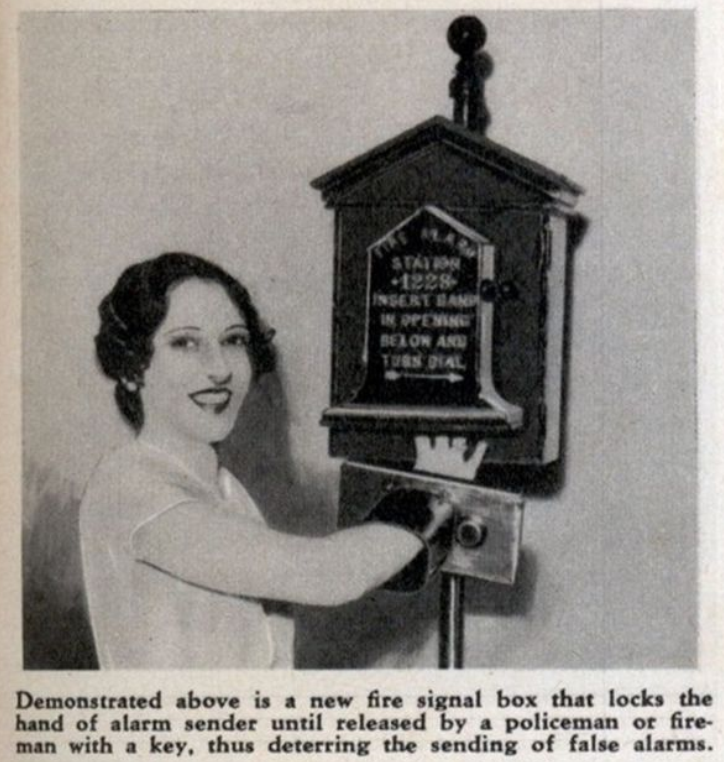 ‘Demonstrated above is a new fire signal box that locks the hand of the alarm sender until released by a policeman or fireman with a key, thus deterring the sending of false alarms.’

‘In event of a fire, we need a sacrifice,’ said billymybraggs who posted it on Reddit.

There was a theory, however, that it’s not entirely as stupid as it might appears.

‘I’ve seen this post before,’ said OldBigsby. ‘Didn’t someone explain that it just locks onto your arm and you can still easily walk away with it attached? It just identifies the person in the aftermath. I tried looking for more info and found nothing but other Redditors saying this, so I can’t confirm if this is true or not.’

What’s inside a smoke detector?