And apart form the sympathy and support they had to offer, the occasion also generated some rather wonderful photographs of the pair of them. 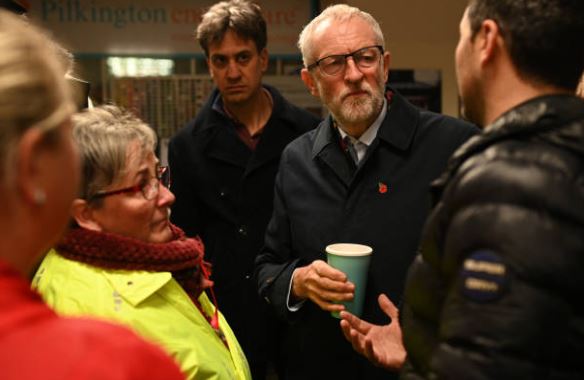 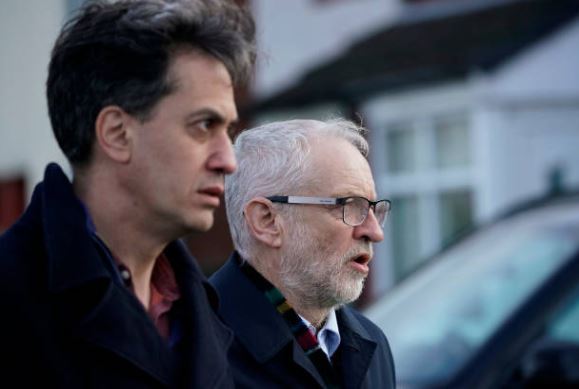 And if you think they were crying out for a caption, you’d be absolutely right. Here are 11 of the best.

This looks like a gritty ITV drama called Murder in Plain Sight.
2 mismatched cops trying to stop a serial killer.
“We gotta catch this guy”
“You retire in 2 days, Tom”
“Then we’ve got 2 days, 2 days or another optician dies” pic.twitter.com/BrRhNHGj5Q

Hearing reports that if you don't give Corbyn all the information he needs he'll "leave you alone with Miliband so you two can get real friendly" pic.twitter.com/4s2kbc0M8S

– what look were you going for Ed?
– concerned statesman, how did it come across?
– psychotic northerner who returns to his home town to avenge the death of a school friend

It’s not got a title yet but you best believe I’m going to watch all 10 episodes back to back pic.twitter.com/DNeWvtvwa8

"You see, Ed here is not as patient as I am. Her Majesty's constabulary have had reason to brand him a violent man.
What do the police call you, Ed, son?"
"A violent man, dad."
"A violent man. So, see to it Razor gets his money by tomorrow, or Ed will be visiting you without me." pic.twitter.com/vfawCDmf5m

Ed Miliband looks like a bit like Jeremy's hired muscle in a straight to DVD British gangster film from the early 2000s. https://t.co/vzkkVdC6eh

EXT. DAY – CAR PARK.
D.I. Ed Miliband ducks under the police cordon. There's familiar sound of tears and sirens. He shakes his head wearily, a greying fringe drifting over his brow. 'How many more must die before we stop this bastard?' he thinks. But his eyes betray no emotion. https://t.co/NJR2XXgCAQ

"We came here to eat bacon rolls and redistribute your wealth, and we're all out of bacon rolls" pic.twitter.com/cJwJ0G7Ntp