Today’s entry from the subReddit ‘murdered by words’ comes this exchange on Tumblr from a couple of people who were hankering back to the good old days when cars didn’t crumple on impact.

Back to a time when cars were made out of steel rather than aluminium, before the rise of capitalism meant everything was made with a view to be replaced rather than maintained.

Except, er, well. This is how it panned out. 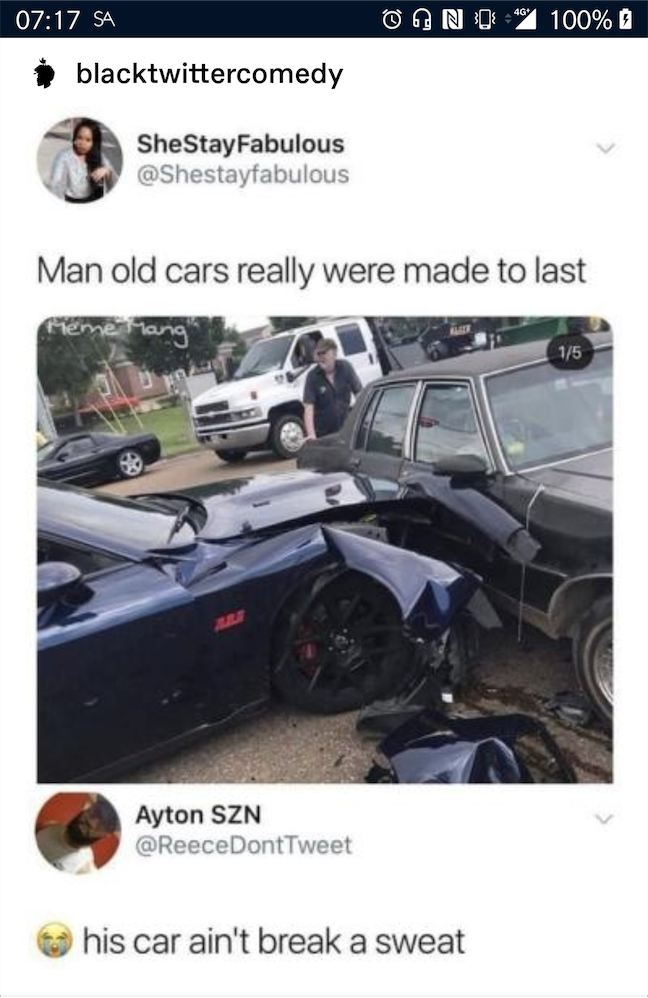 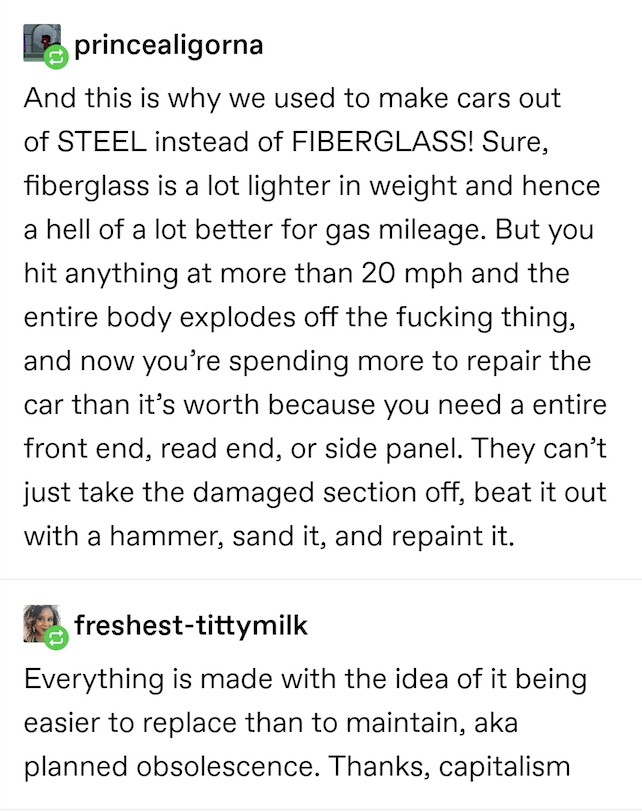 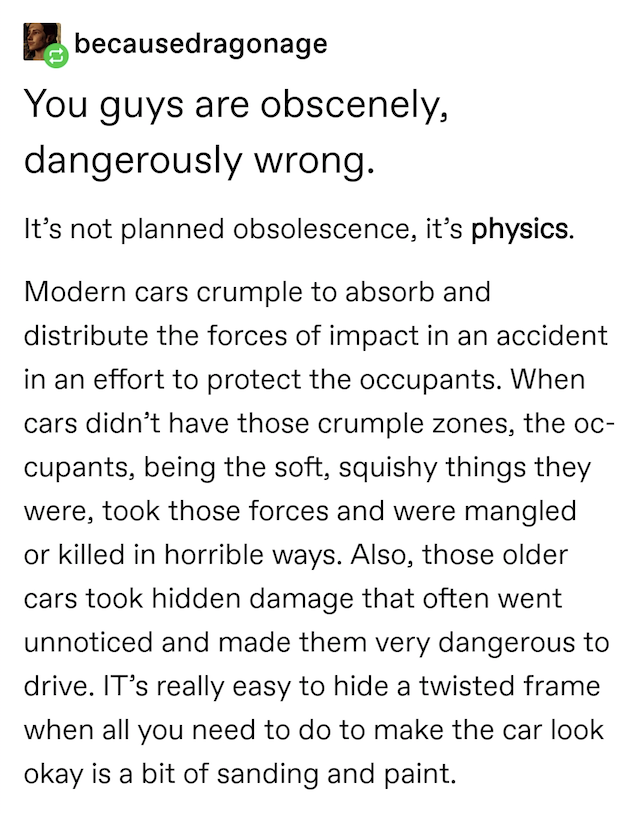 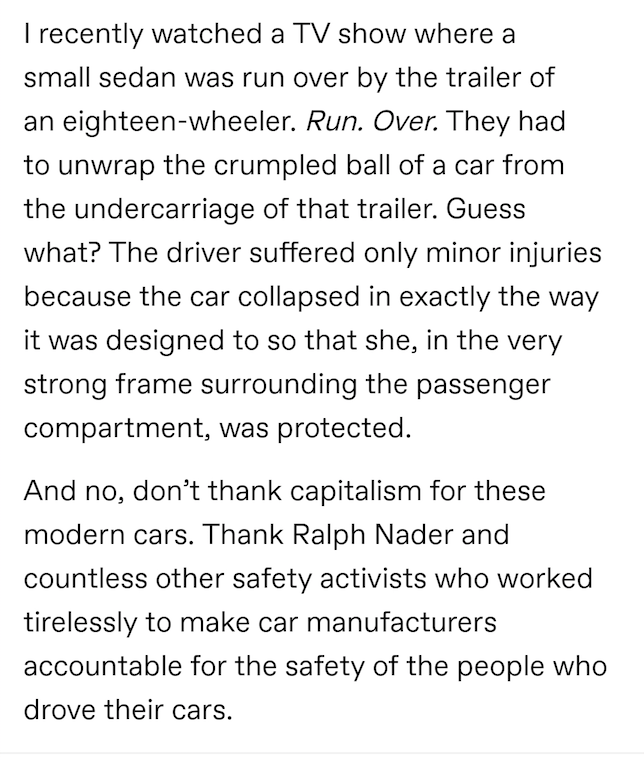 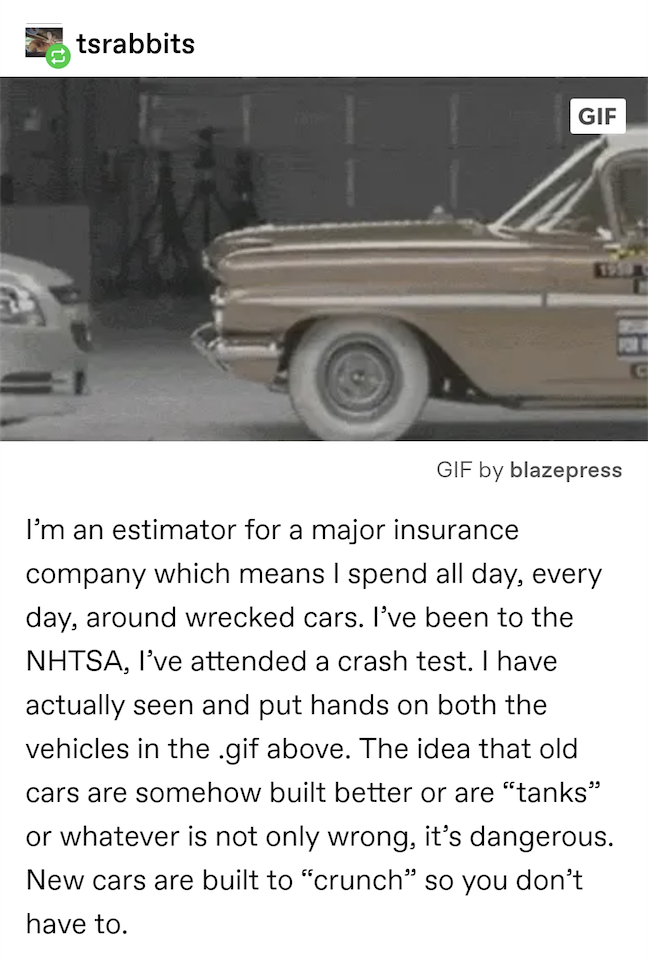 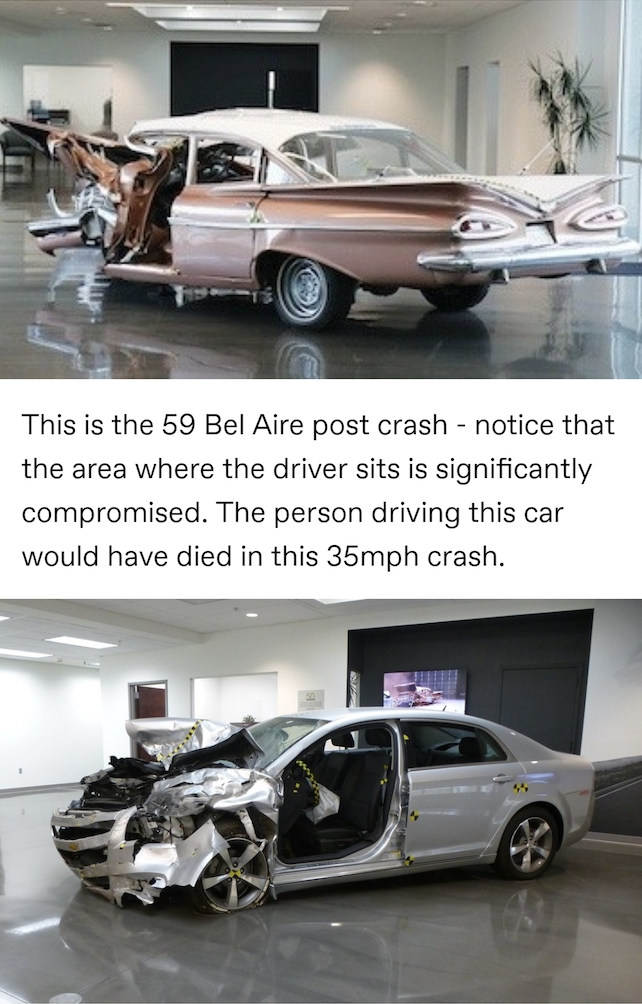 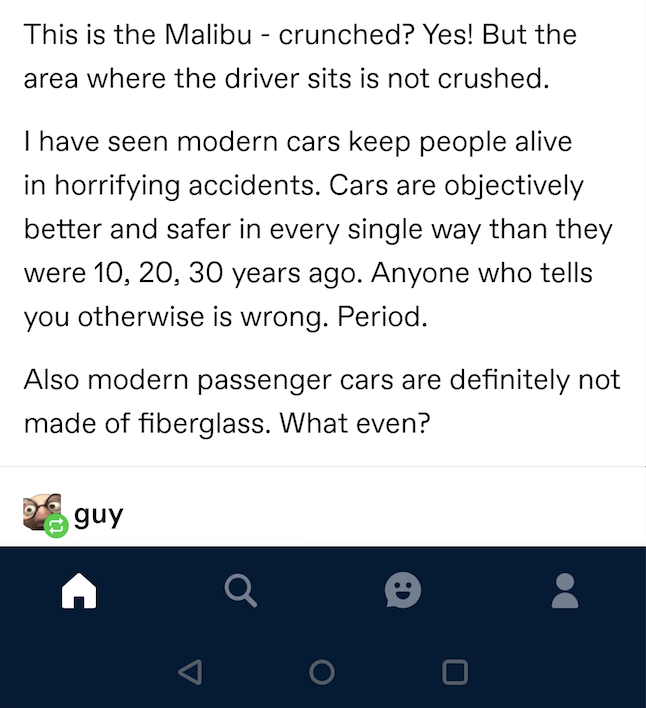 ‘To put it in much simpler terms:
If the car doesn’t crumple, YOU WILL.’