Over on Reddit a chap called cleetus12 has told how he absolutely infuriated his wife by doing the 32nd birthday joke she’d been looking forward to for years.

It’s a very funny tale (and it took us far too long to get the gag). 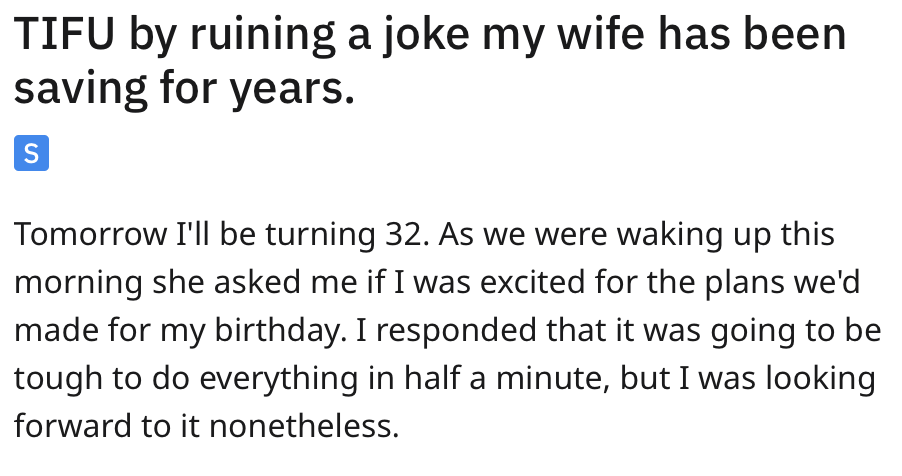 And here are just some of the comments it prompted.

onyxonix: ‘I had to say the joke out loud to understand it.’

nuclearrwessels: ‘Not too optimistic for 82?’

gwfin: ‘I just came to say that it’s really cute that she MADE A CALENDAR EVENT TO REMIND HERSELF ABOUT THE JOKE.’