Anyone who’s taken a multiple choice exam – tick A for yes, B for no – knows the discomfort you begin to feel when you tick a whole load of As or Bs or – well you get the idea – in a row.

This teacher thought he’d capitalise on that and did an interesting experiment with his psychology students’ multiple choice exam which would give them something to talk about and – let’s face it – a good old laugh as well. 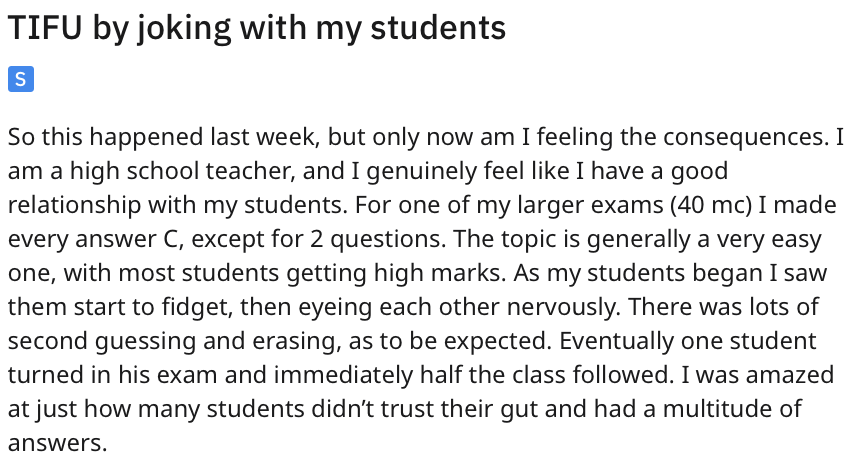 There was no shortage of sympathy on Reddit, people like F35C_Lightning2 who said: ‘That’s BS man. It’s a good lesson and nobody got hurt. Sounds like administration is wayy overboard.’

And, it’s fair to say, a rising tide of scepticism from armchair detectives who spotted this.

Ooh yes, and he’s a teacher and everything! But is it really fake?

A YES
B NO
C BECAUSE EVERY ANSWER IS C, YOU ALREADY TOLD US THAT