In the all-time top 10 lists of worst front pages of all time, today’s effort from the Daily Telegraph is up there, right up there. 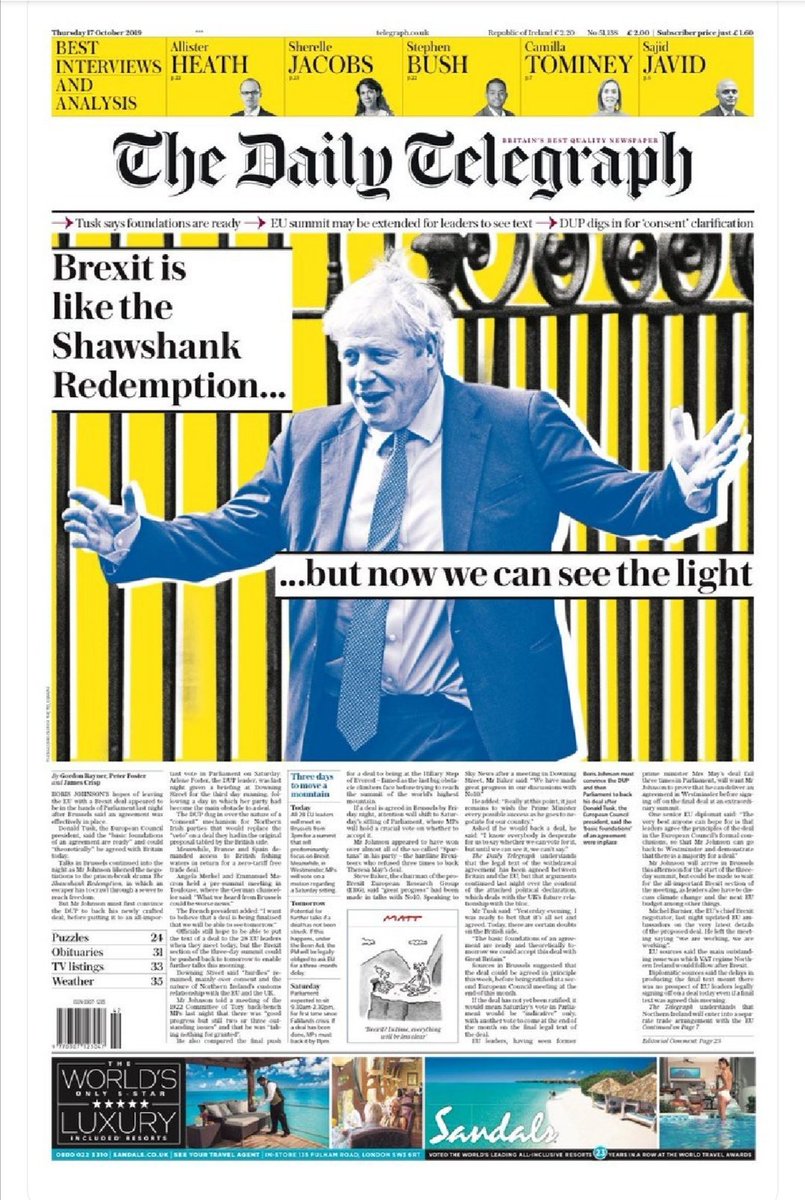 Turns out they were quoting Boris Johnson – of course they were! – and these are the only 5 responses you need.

That's the worst design for a front page I've seen in some time. It's like someone butchered Microsoft Paint. https://t.co/xcvPVgHaKZ

In the Shawshank Redemption, the hero was wrongly imprisoned, gang-raped for several years, saw his friend murdered by guards, before crawling through a tunnel of actual shit. pic.twitter.com/Ca7fMloaq0

Has anyone at the telegraph SEEN the shawshank redemption? https://t.co/f8s8DMF78n

The Telegraph has solved Brexit. It's the Shawshank Redemption apparently. 19 years of incarceration in a brutal prison for a crime we didn't commit before escape through a sewage pipe to Mexico. Still – makes more sense than Nigel Farage's plan about the fish. pic.twitter.com/c3FNXo2NzI

Is this the dottiest, grottiest Telegraph front page of the year? Or merely of the week? https://t.co/lI0RsYmwRA

New watercolour on todays Front Page of the Telegraph pic.twitter.com/lRPDBvk3zj

We’re off for a lie down.