What goes through the minds of some Brexiters is a mystery to a lot of observers. We’ve heard them swear they always knew Brexit would have negative repercussions because they were listed in the Remain leaflet – that same leaflet they were calling “Project Fear” at the time. They’ve also shown some impressive levels of cognitive dissonance when insisting Brexit was about strengthening the UK’s borders but are happy to leave the border between the Republic of Ireland and Northern Ireland completely unchecked.

One Brexiter, Tom Harwood, who writes for the Guido Fawkes site, shared some photos supposedly showing the Brexit presence at Westminster, only they weren’t the greatest example he could have picked. 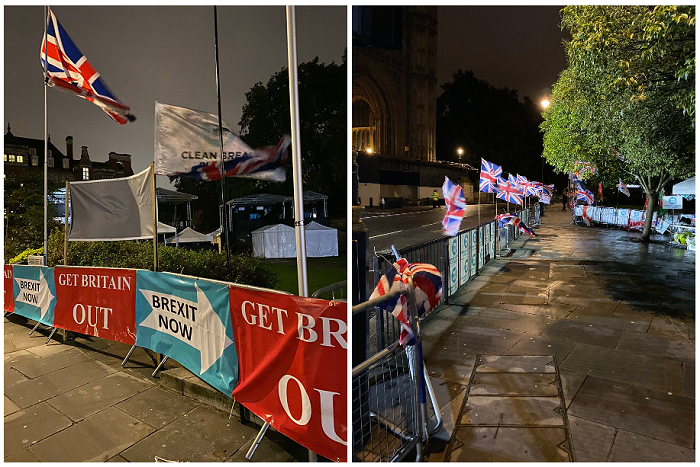 These four reactions say everything that needs to be said about the post.

Look carefully. Up in the trees. I think I saw a foot. Or it could have just been a sparrow. https://t.co/xXUbygFejJ

Can he see the photos he's tweeted https://t.co/YDZlcHR4o7

Oh no, it’s what we always feared, Ghost Brexiteers

As a bonus, writer Thom Clarke gave Tom Harwood the thumbs up for his efforts to keep the images crisp.

Fair play for getting everyone to move out the way for your photos mate. https://t.co/9TymJ33aXr

next story
Breaking News: Laurence Fox's boast of a large lunch party got him the backlash you'd expect - 14 savage owns