… and the answers were as glorious now as they were – presumably – 130 years ago. 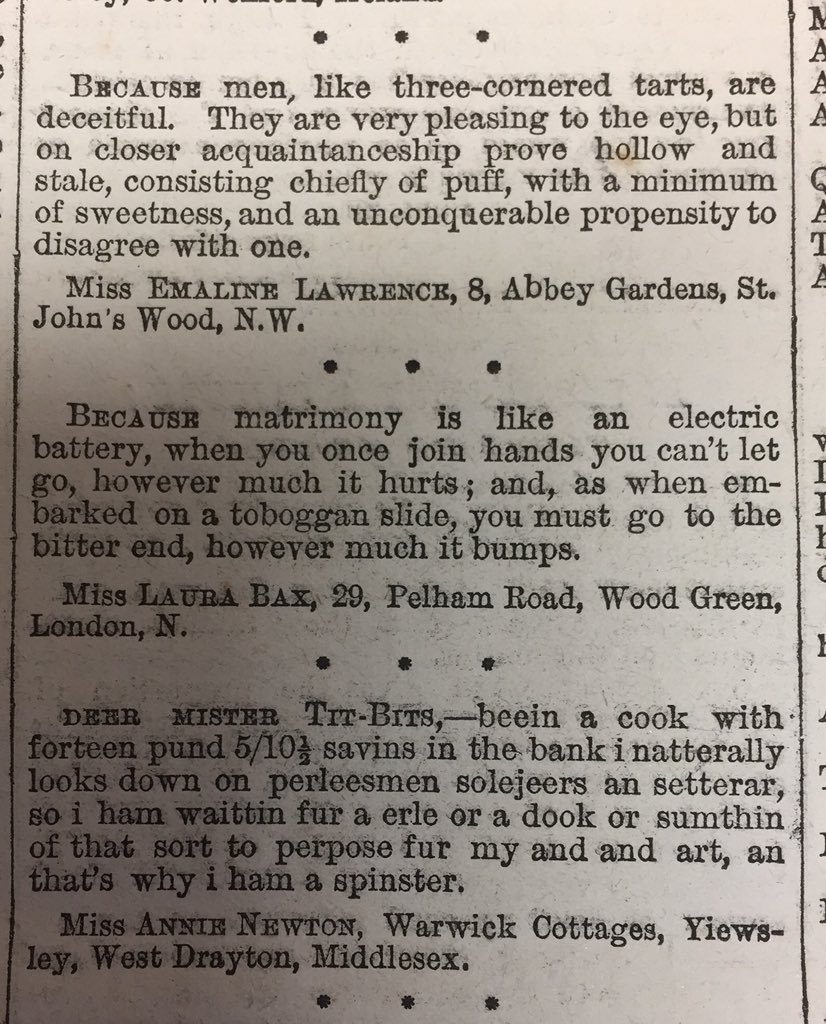 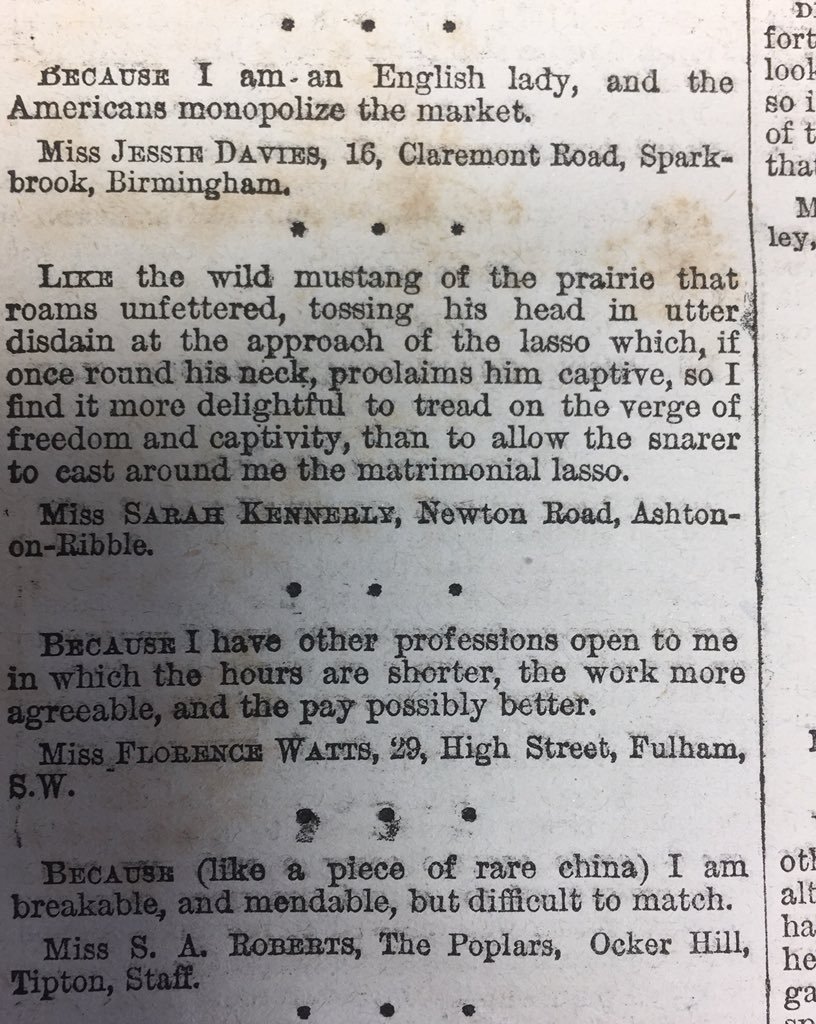 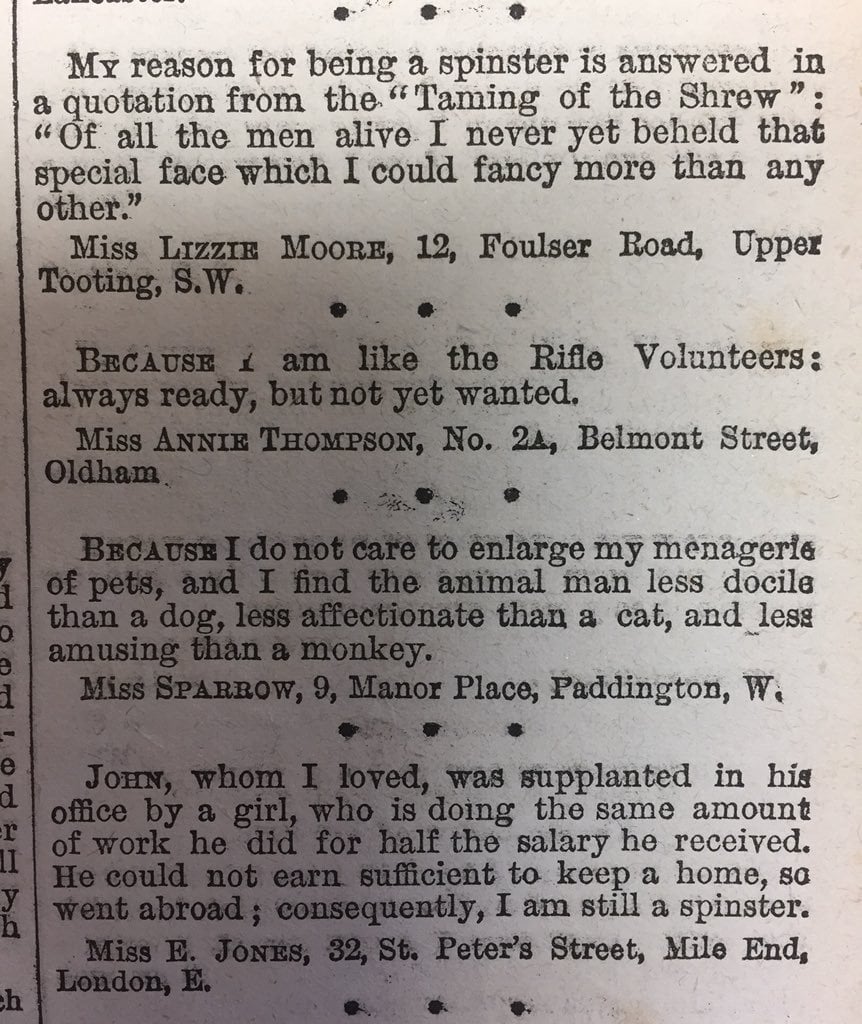 And this extra bit of detail made it even better.

I ended up recording a short version of this story for @BBCRadio3's 'Time Traveller' segment. You can catch up here, if you like! https://t.co/j56hDJaCJP

Another joke from Tit-Bits – this time about a married woman, but I think she’d have gotten on well with the sassy spinsters… (1892) pic.twitter.com/OOwW7DwyQx