A definite contender for comeback of the week comes courtesy of acousticreverb on Reddit. 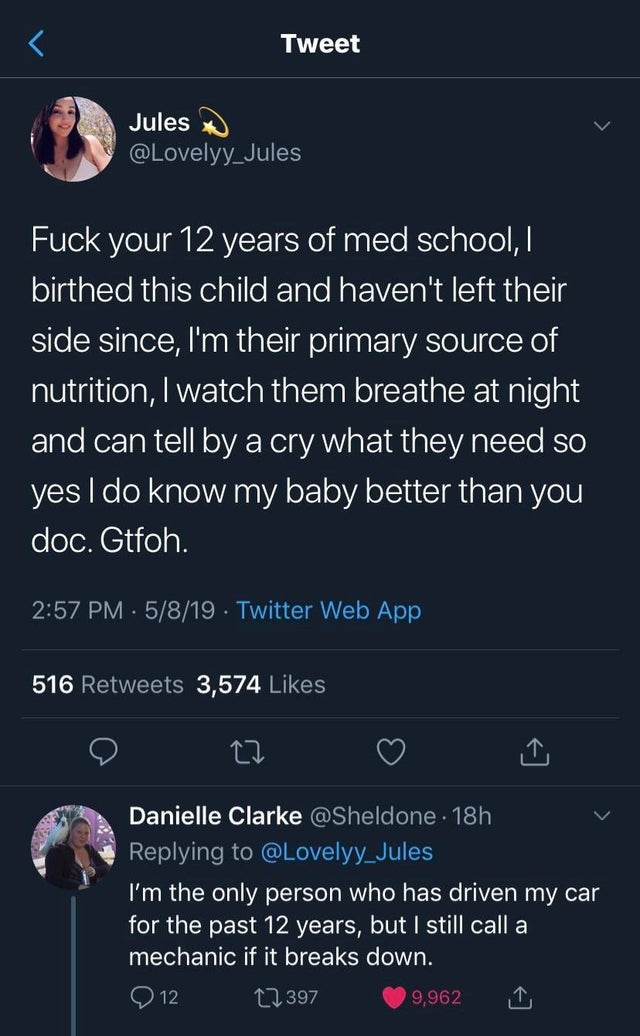 And yet this doctor, who posts on Reddit as RoosSister, begged to differ.

‘I’m a doctor and tbh the Mum’s tweet is legit,’ sai Parents are the best people to tell us when something isn’t right with their baby, especially when the baby can’t tell us themselves.

‘A study was done where parents were given a phone (/device) that immediately called the crash team and they had to permission to press the button whenever they felt they needed the team. They pressed it appropriately 100% of the time.

‘If a parent tells me this isn’t what their child is normally like, they’re not playing or interacting as usual, crying, eating, drinking, peeing, pooing more or less than normal I’ll damn believe them. They know that kid better than me and they know if somethings wrong.

‘I only feel like flashing the med school card > parent card when they are incorrect or making poor decision for example takes deep breath not vaccinating.

‘EDIT: Ok so apparently she is an antivaxxer 🙁 but, I ultimately stand by all my points!!’