There’s no shortage of people taking aim at Greta Thunberg on Twitter – it’s Twitter – but this troll went viral more than most when he said this.

“you have stolen my childhood” – greta thunberg pic.twitter.com/Us3KcxMzt6

And we’re glad they did because the takedown was not only very satisfying, it also made a very important point. 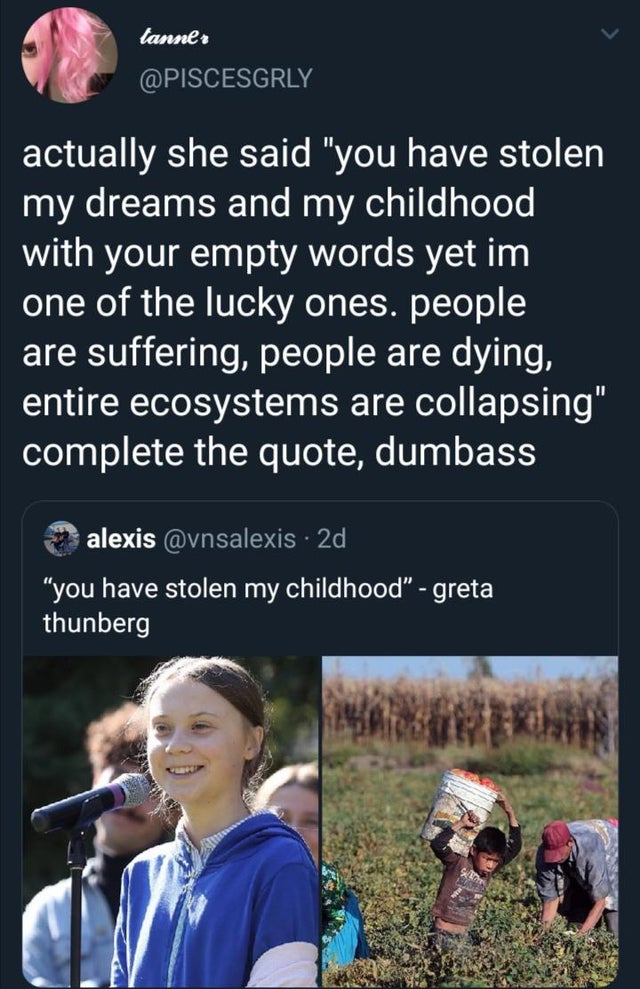 The only time conservatives mention impoverished children in the global south is to somehow use them for climate denialism https://t.co/mPkFrZ94ai