Just one more reason to follow Minnie Driver on Twitter was the actress’s response to a troll when she commented online about US presidential hopeful, Cory Booker, in a recent TV debate.

#DemDebate Cory Booker’s point- that it’s not just about calling the racists/white supremacist out, it’s about who’s going to change the systemic racism that exists in America -was excellent.

Which prompted this response from a chap called Brandon.

You’re British. Your opinion of America is irrelevant

And Driver wasn’t taking any shit that day, she really wasn’t. 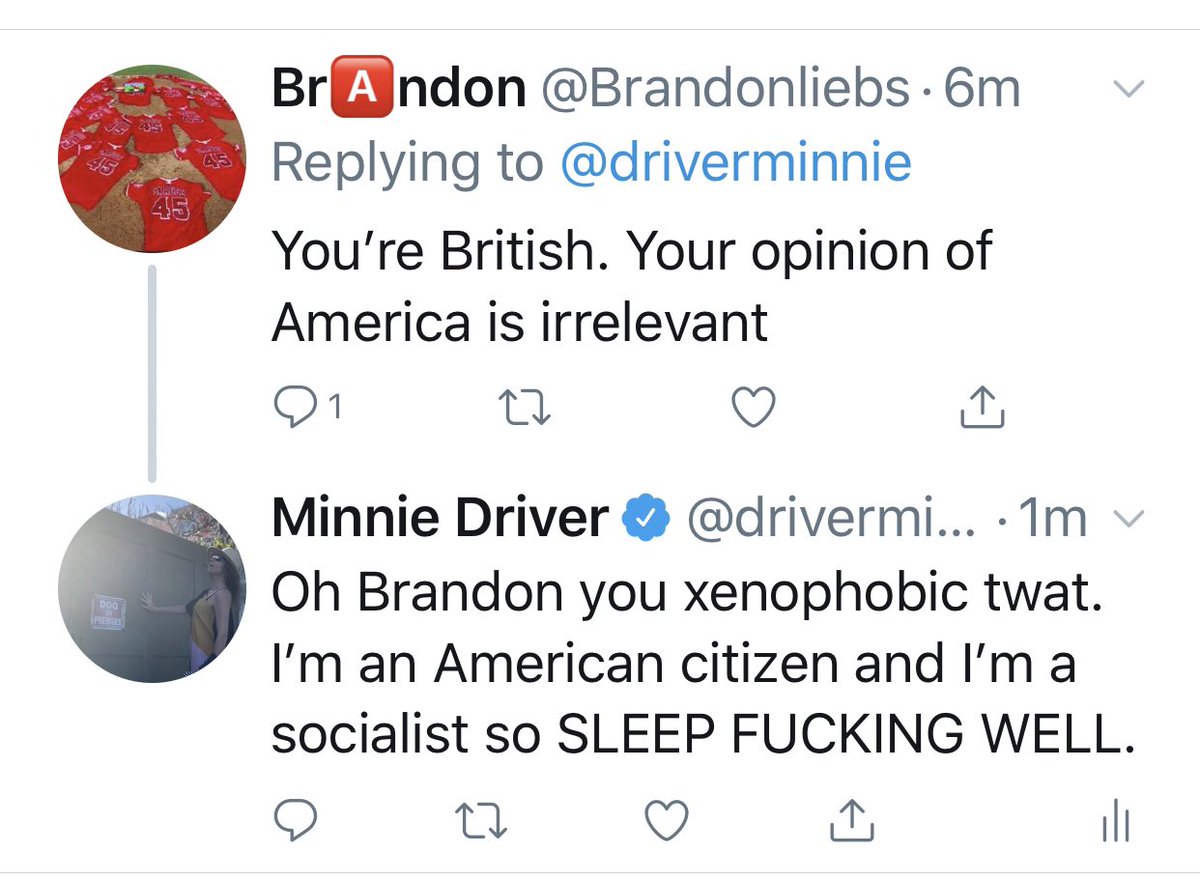 He used the right “you’re” at least… didn’t see that coming.

I DID notice that.

But still a true Brit at heart I see ❤️