Lineker and Baddiel win Twitter exchange of the week

It began when Gary Lineker posted a link to an interview he’d done with the Times in which he suggested he was grateful for the piece but the headline, well, it wasn’t entirely what he’d been hoping for.

Would probably have preferred a slightly different headline but thanks for the interview. https://t.co/nU4oqP3vMT

Understandably so, perhaps. But it then developed a life of its own after it was spotted by David Baddiel and this happened. 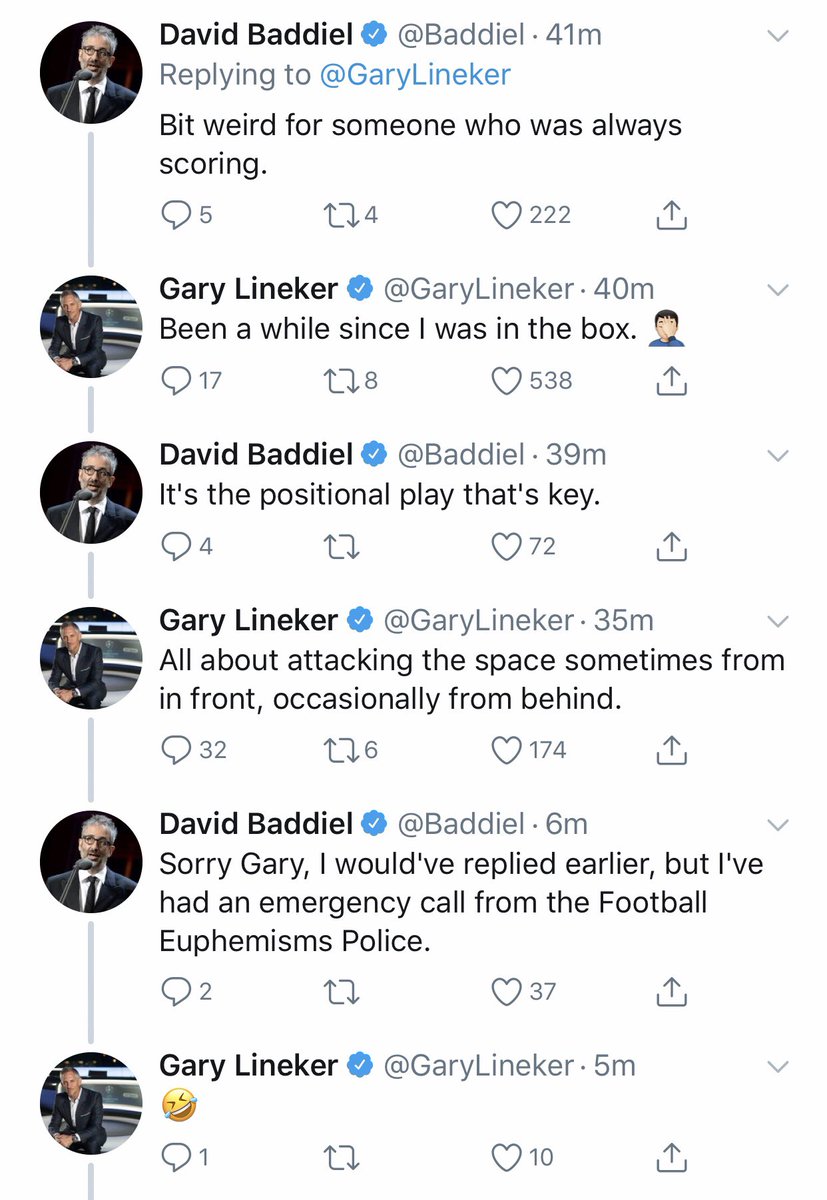 It prompted no end of responses, and we liked these.

Removing the word "not" would have been tempting

😂😂 they’ve shafted you there Gary

I only read the sex bit

And here’s the journalist.

Thank you for being so thoughtful, frank and funny! And the photos are 🔥.

But that headline … 😵🤷🏼‍♀️ pic.twitter.com/RbyInVQyXO

Don't blame Janice. Journalists don't write headlines for their own articles. That would be the sub-editor.

Simply 24 times David Baddiel took down the trolls, one hater at a time