Newspaper columnist and TalkRadio person Julia Hartley-Brewer really can’t get her head round today’s Daily Mirror front page about climate change and the future of the planet. 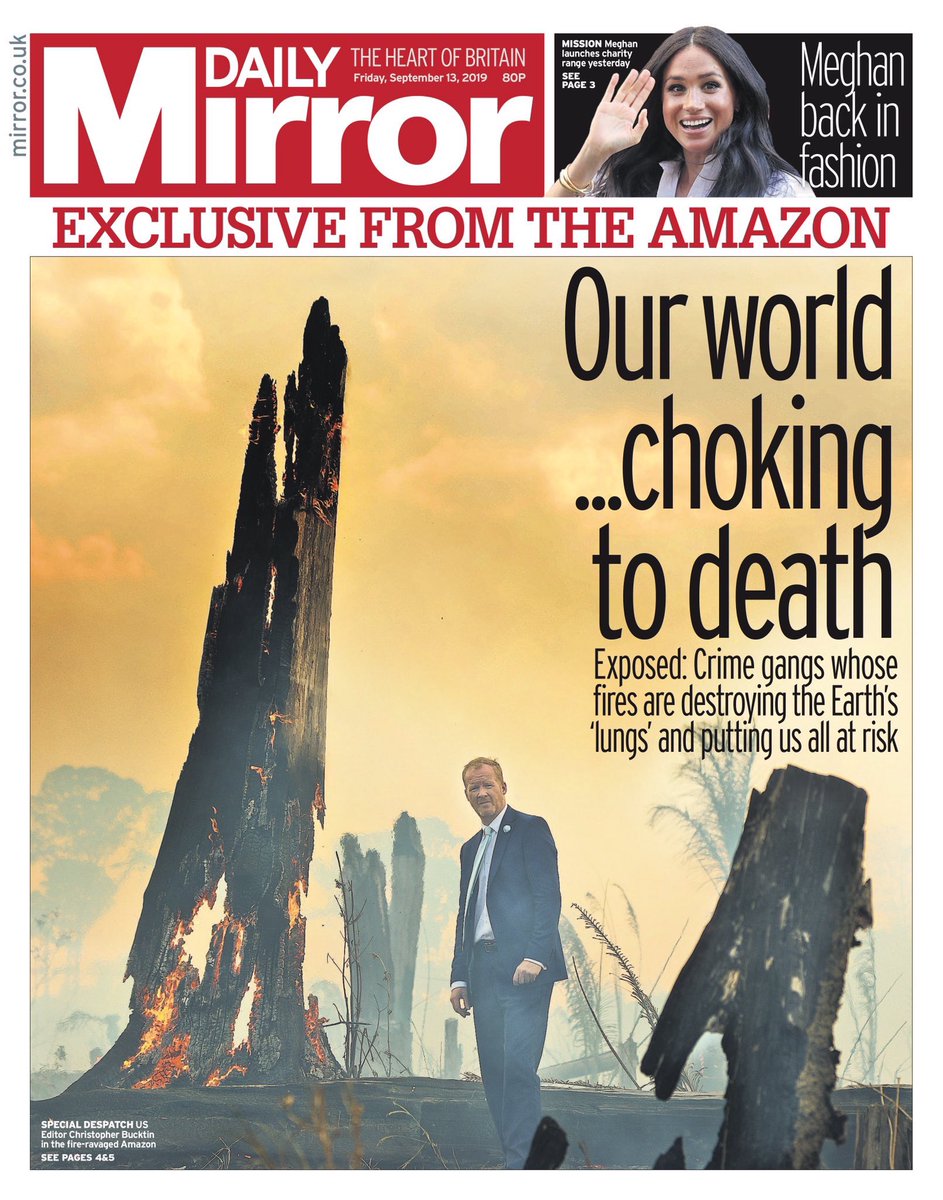 ‘I have so many questions about this front page. Why does the editor of a national newspaper think trees are “lungs”? Why is he wearing a suit and tie? In the middle of a fire? In the Amazon?’

Fortunately for her – and us – there was no shortage of people only too happy to help out.

Trees absorb carbon dioxide and produce oxygen , which is why the Amazon rainforest is often referred to as the earth’s lungs. This is regarded as an important ongoing atmospheric regulatory function. #science. #facts

No, it’s absurd and has no scientific meaning at all

Are you challenging photosynthesis? What next, gravity? You going to walk out of a twelfth floor window saying “gravity is absurd”?

Lord give me the absolute confidence that I’m on the right side of history of a person pretending they don’t know what a metaphor is in defence of a fire pic.twitter.com/QggJ5jgiqh

… but there are few of those among their actual mainstream political opponents.

This forces them to die on hills like, "actually, Amazon fires are cool." https://t.co/zwY7fFWQ20

It’s not meant to be taken literally, Julia. The world doesn’t actually have lungs nor a heart or a left elbow. Green stuff does absorb a massive amount of CO2 though, and the Amazon is a very large collection of green stuff indeed.

Witnessing the destruction of the Amazon is much more of a smart casual affair.

I’d have worn chinos and a polo shirt with espadrilles.

HOWLING AT HOW SOME CUNT WHO IS A CONSTANT GUEST ON NEWSNIGHT IS JUST FLAT OUT PRETENDING TREES AREN'T IMPORTANT NOW. THE RIGHT WING ARE DERANGED https://t.co/2xMowU5nUQ