The Guardian’s cryptic crossword had a special message for readers not overly keen on Brexit. Not a clue, or indeed a solution, but an acrostic at the top and the bottom of the puzzle grid, as spotted by the Daily Mirror’s Kevin Maguire.

“BOLLOCKS TO BREXIT” message in the top and bottom lines of today’s Guardian cryptic crossword is genius by setter Philisitne. My brainy comrade @JBeattieMirror completed it but I’ve left squares blank to avoid running ithe fun completely for other geeks 😀 pic.twitter.com/jcJWkkQjIl 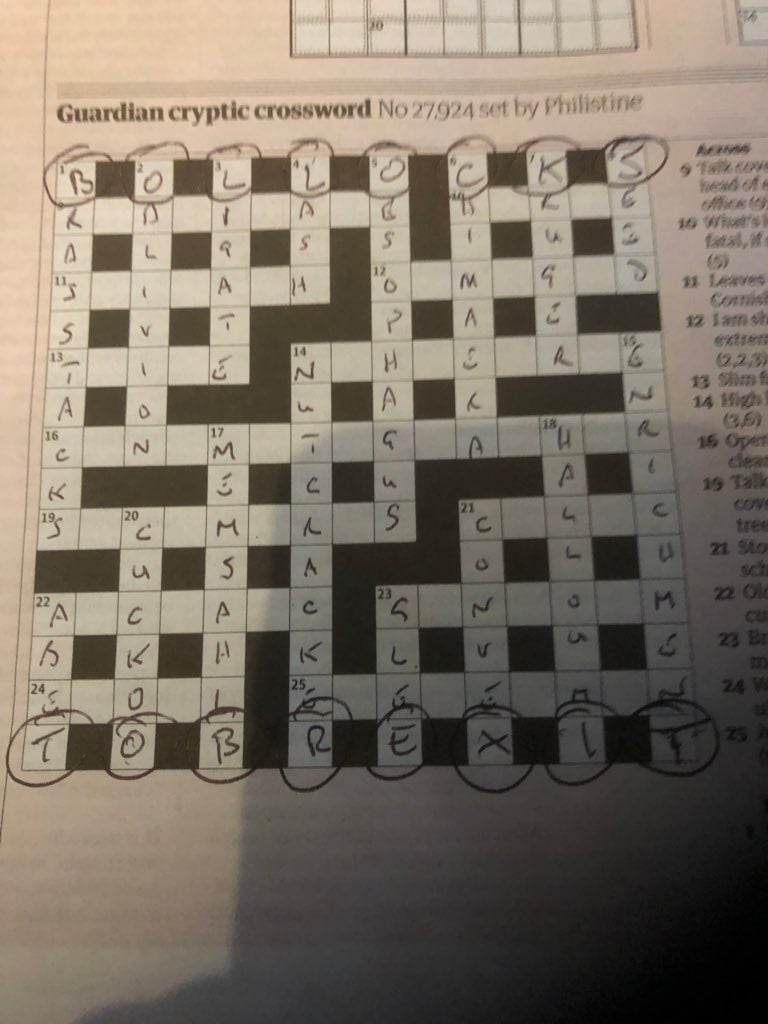 I won't have a cross word said about this

😂😂😂 I’m for remain but that wins most urban elite injoke ever!