As unfortunate analogies go this is right up there with the very best (by which we mean very worst) after the Daily Telegraph described Nigel Farage as the ‘Brexit Icarus’. 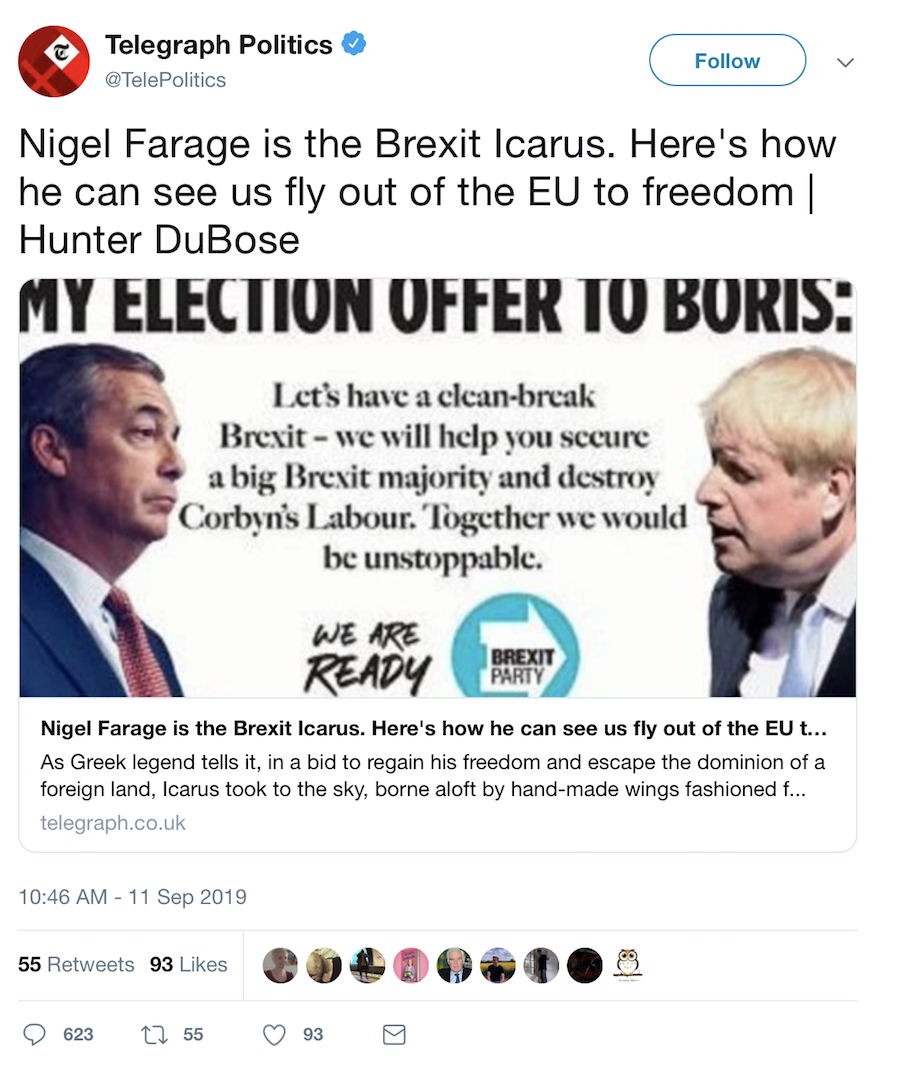 Nigel Farage is the Brexit Icarus. Here’s how he can see us fly out of the EU to freedom

Ah yes, Icarus, the character who was definitely very good at flying

What's the point of a classical education if you skip the bit where he ignores sensible advice, his wings melt and he plunges into the sea and drowns? I mean, really…

But the best response came from the BBC’s Emily Maitlis.

Why it’s always worth reading to the end of the myth.. https://t.co/E4QfnGhT8C