Texas Judge Versus Raccoon is the drama nobody expected

A judge from Texas, named Matthew Wright, kept Facebook updated when he had a close encounter of the furry kind in the shape of an errant raccoon. Here’s how the drama unfolded.

At first, he asked for help, having been tracking the raccoon in his house since 5AM.

I need help with a raccoon in the house. This has been ongoing since 5 and i am tired of tracking this thing and trying to keep him from damaging stuff.

There were a couple of hopeful updates; the first meant he could claw back a little of his lost sleep.

And then there was this – which sounds lethal, but also vaguely nonsensical.

My anti-assassin system worked perfectly. The little critter is lucky I am disciplined before activating the booger hook on the bang switch.

Five hours later, we got to see the culprit. 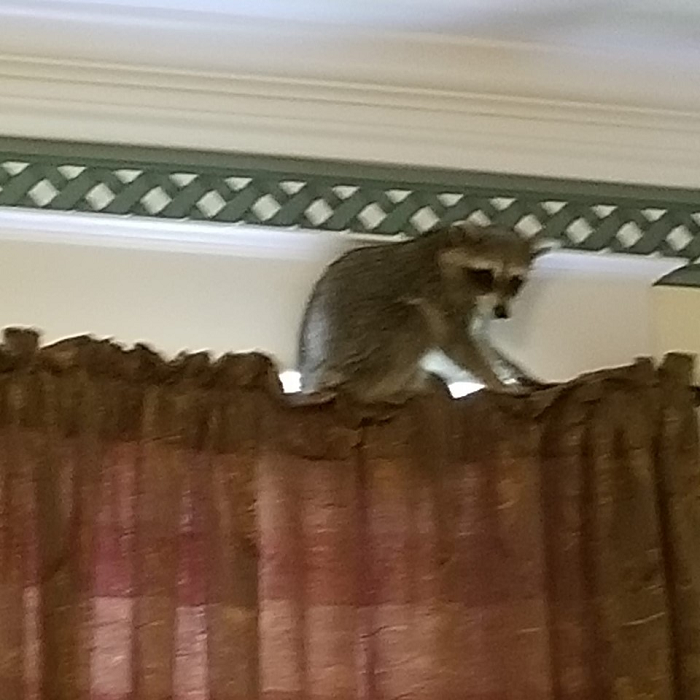 Update on the raccoon. We have reached a tactical impasse. We are doing a strategic retreat with traps set in hopes that the enemy will venture out for food.

The first person who says this felon is cute gets a new pet.

Alas, a new strategy was needed, as this update from seven hours after the first post shows. 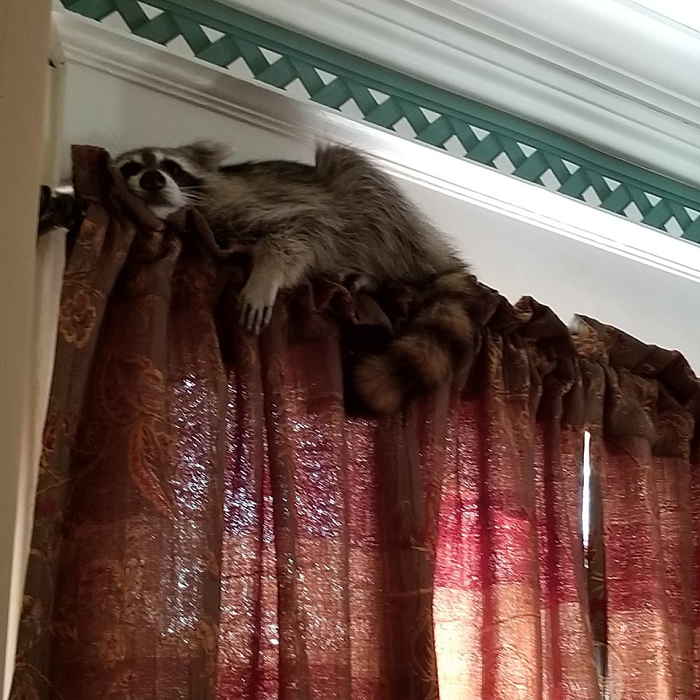 Raccoon Update
The tactical retreat did not work. We tried a frontal assault and he was fast. We have retreated again, but this time we have set the trap with queso and a tamale. (Texas raccoon). He is taunting me in this picture.

Finally, the queso and tamale did their work … 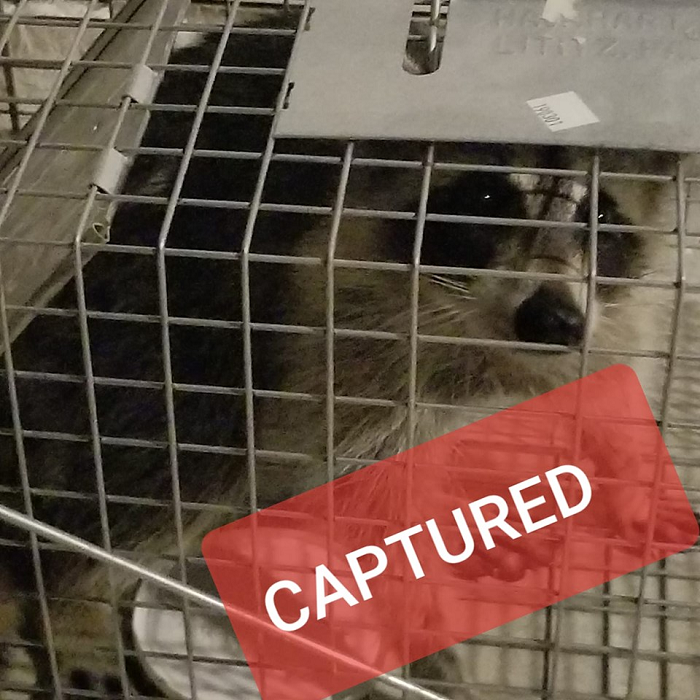 RACCOON WATCH 2019
While doing a warrant just now, a loud sound was heard in the house. After a 20 hour stand-off, authorities have captured Rosebud’s Most Wanted. He will serve 20 – 30 (minutes) then be released with conditions not to enter illegally again.

We’re sure the raccoon isn’t the only one ever led astray by cheese-based fast food. Here are a few of the Facebook reactions.

There was also a little heads up for the judge …

Everybody up for Raccoon Invasion 2: The Revenge?