There’s almost a Cabinet full of members of the Cabinet who have previously opposed the prorogation of parliament only to meekly accept it now that’s exactly what so-called prime minister Boris Johnson has decided to do.

Among them was – Google, Google – Home Secretary Sajid Javid, who deleted a tweet quoting what he had to say on the matter in the Channel 4 News Tory leadership debate.

So Channel 4 News did this, with this helpful message from C4 News presenter, Krishnan Guru-Murthy.

The tweet from @TeamSaj quoting what he said in the C4 debate has been deleted. But here is what he said. You can’t delete that. https://t.co/1L5iQgtjAv

Morally bankrupt; every one of them. Johnson, Gove, Javid, Morgan, Rudd & Hancock. Can somebody please tell me how individuals so short on integrity, shame & common decency are allowed anywhere near a position of power?

There is a deafening silence from these cabinet ministers today. This is an appalling gang of liars and self-serving hypocrites. @AmberRuddHR @MattHancock @NickyMorgan01 @sajidjavid @michaelgove

And just in case you were wondering what the original tweet looked like, it was helpfully shared by @GrahamEWhitF. 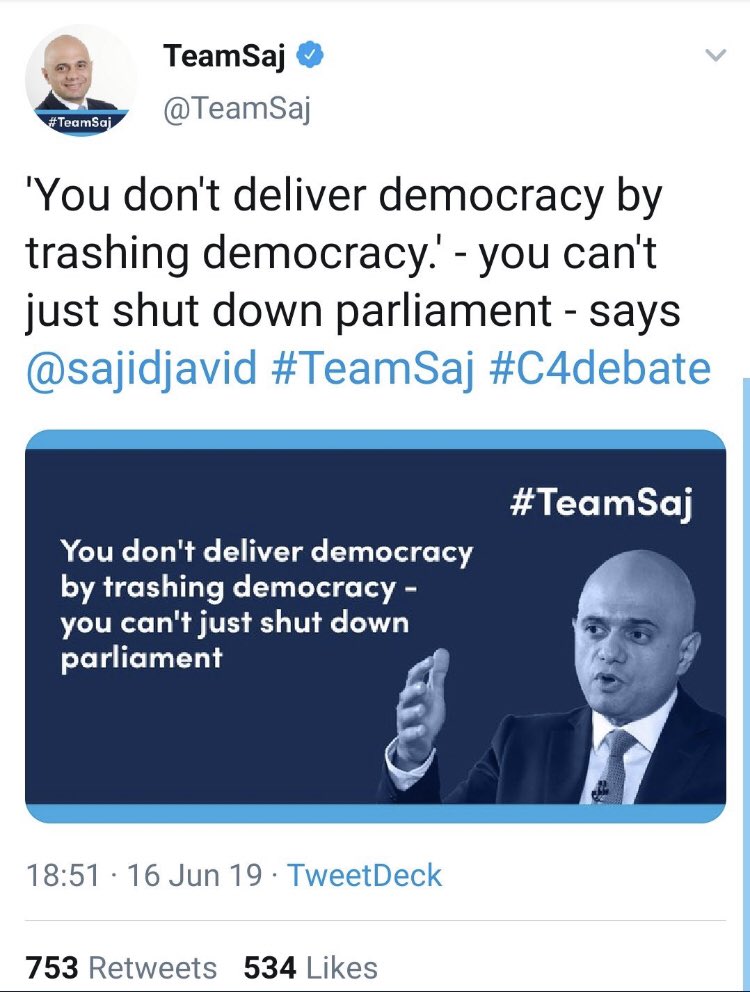