Another gem from the subreddit ‘Am I The Asshole’ in which people share a dilemma and ask, you guessed it, whether they’re the asshole (or arsehole, if you prefer).

This guy’s situation arose after he joked about his girlfriend taking too long in the bathroom before going for a night out. 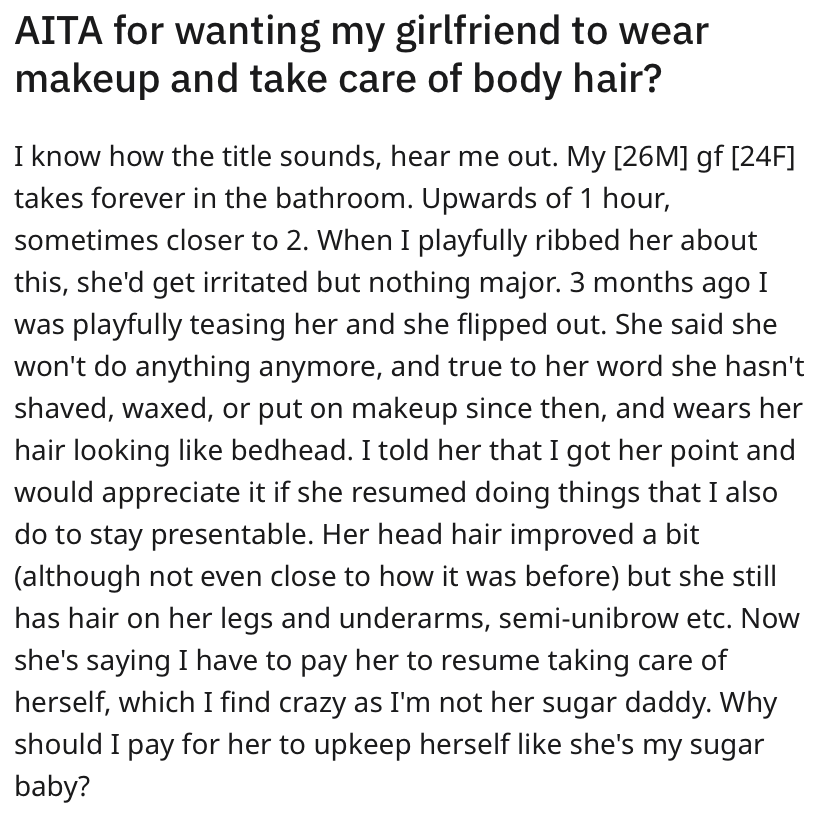 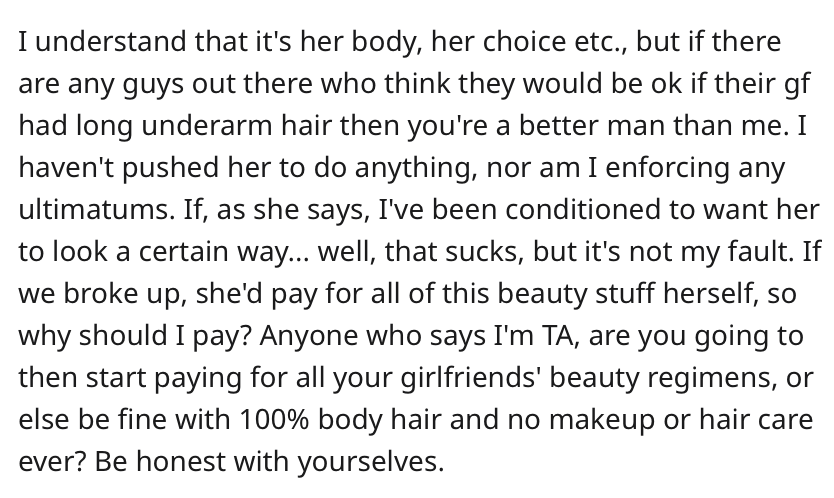 Here’s what the woman in question had to say.

And a final word from the pair of them.

And there was no question whose side people came down on.

‘YTA boyfriend, obviously. “Oh but she’s not my sugar baby!” So you want to be able to dictate how she looks, but you also think she should incur the cost as well as the time (and discomfort) of living up to that? Honestly, 50% of the cost is a bargain.
“Oh but she’d do it if she were single”. Would she though.