Kathy Burke’s given a great interview to the Guardian today and it’s well worth 5 minutes of your time.

One mildly unexpected consequence was that it made her brilliant response to Helena Bonham Carter back in the ’90s go viral all over again.

It’s from Time Out, and it’s Burke’s wonderful riposte to her fellow actress complaining about how hard it is being pretty and posh. 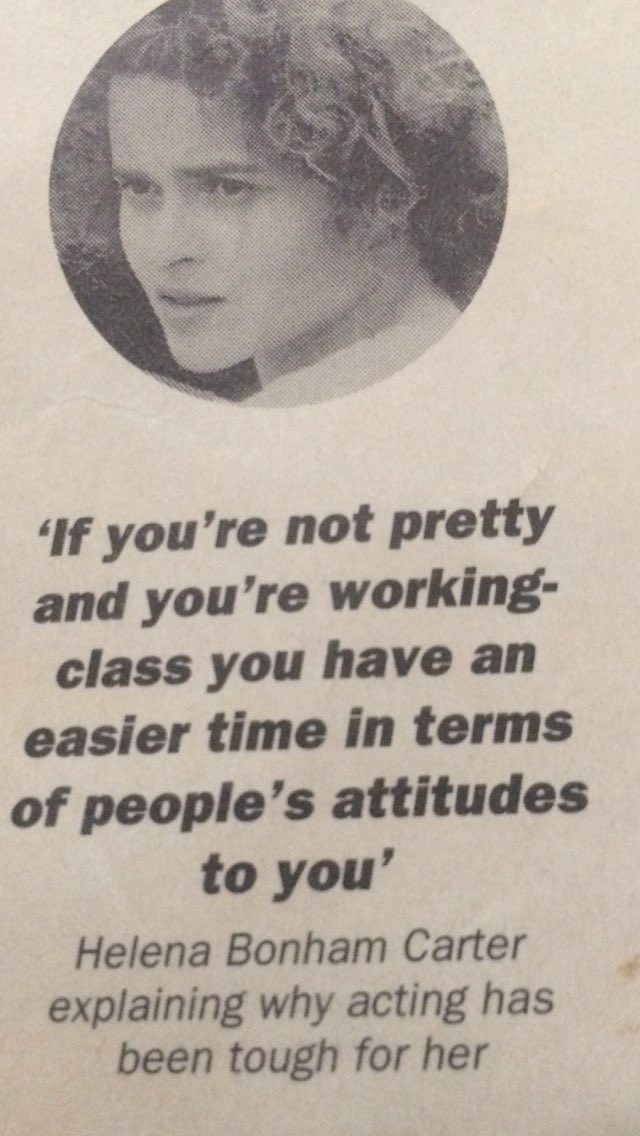 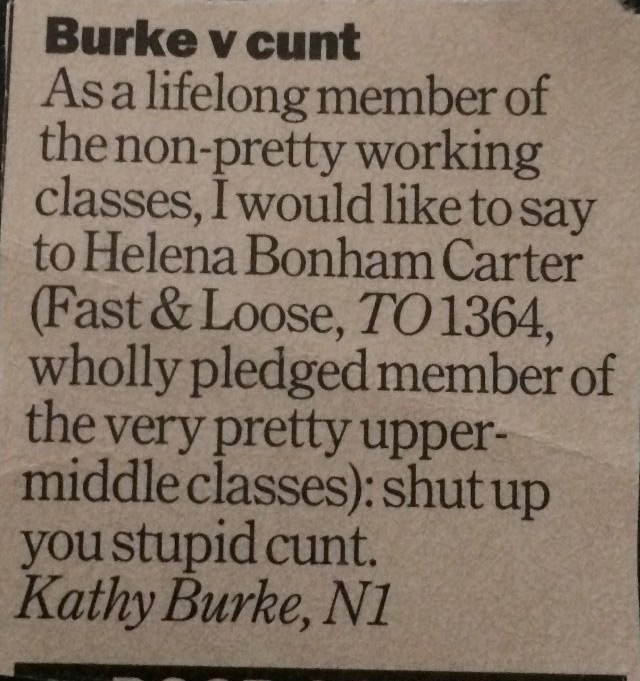 Marvellously eloquent and succinct, as remembered by Burke herself a few years back.

In the 90's, before Twitter, one had to express oneself through the letters page of Time Out pic.twitter.com/IfojETpGnM

do you have a scrapbook full of stuff like that?

Im afraid that was my finest hour, Dave 🙂

I fucking love you