In the wake of the latest mass shootings in the US that left at least 29 dead and many more injured, there’s no shortage of people in America saying it’s not the country’s gun laws that’s the problem.

It’s not Trump’s fault. It’s not the NRA’s fault. When will our nation wake up and realize we have a youth mental health crisis likely caused by over-medication, absentee parents, and a culture that glorifies infamy and notoriety above God, family and community?

And this really is the only statistic you need, shared by Keith Edwards on Twitter. 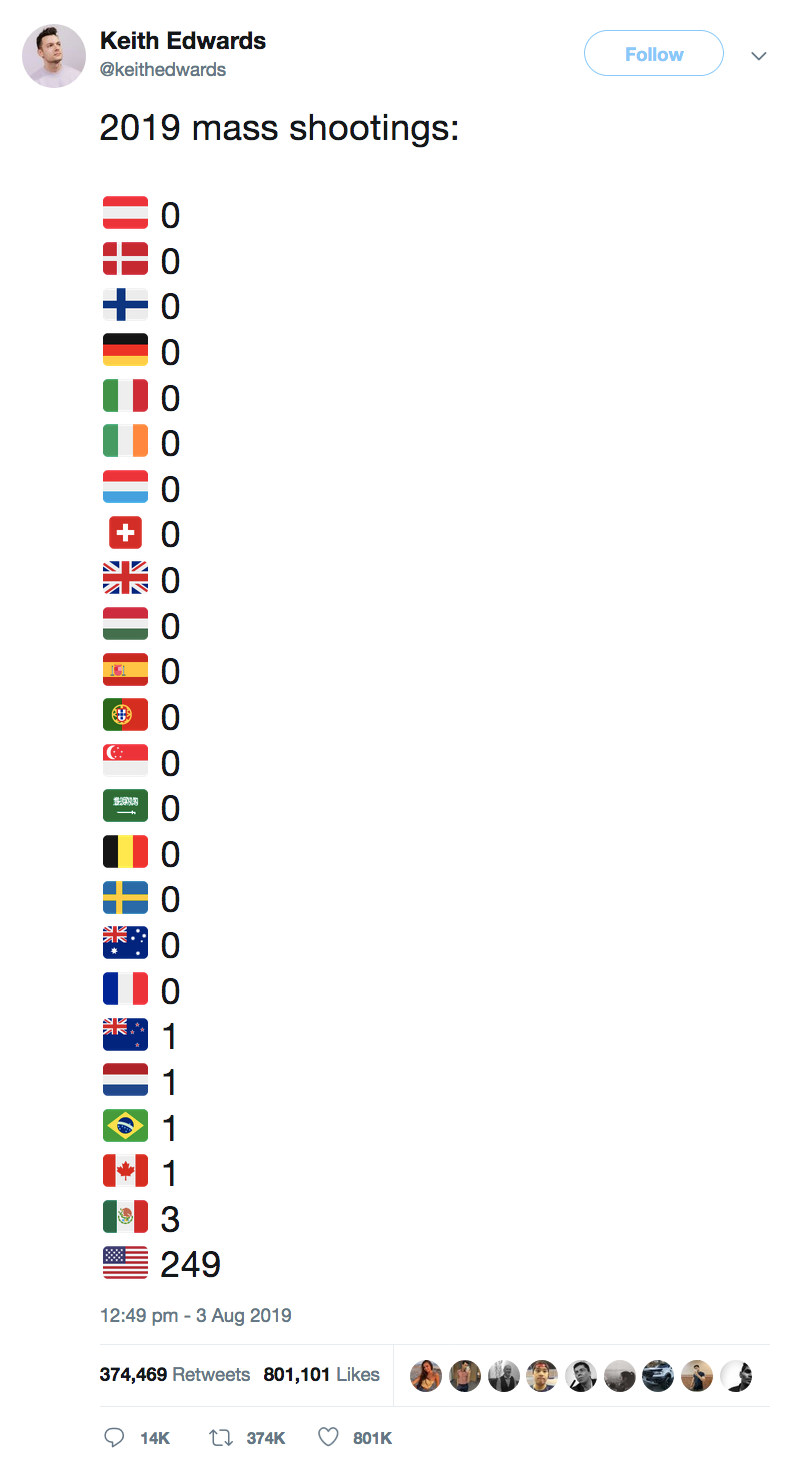 It was shared after the El Paso massacre at a Walmart on Saturday.

Something sure seems wrong with one country.

And tragically this was right, because hours later it was followed by the shooting in Ohio in the early hours of Sunday morning.

This tweet from 11 hours ago is out of date. https://t.co/jKikQXzupo

And here are just a few of the things people said about it.

Apparently all these other countries don’t have mental illness. https://t.co/x04r7wdmzc

Ranked 27th in the world in health care and education but in mass shootings, no one is better https://t.co/RXH62zmdz2

I’m not sure if some countries have been omitted from this list for effect but god damn there’s only been 215 days so far this year. Literally try anything? Any single thing to lower this number for 2020. What a damn waste of good people’s lives. https://t.co/MowzPo013R