In case you aren’t as steeped in emoji lore as we are – thank you, Google – we need to talk about the aubergine emoji. 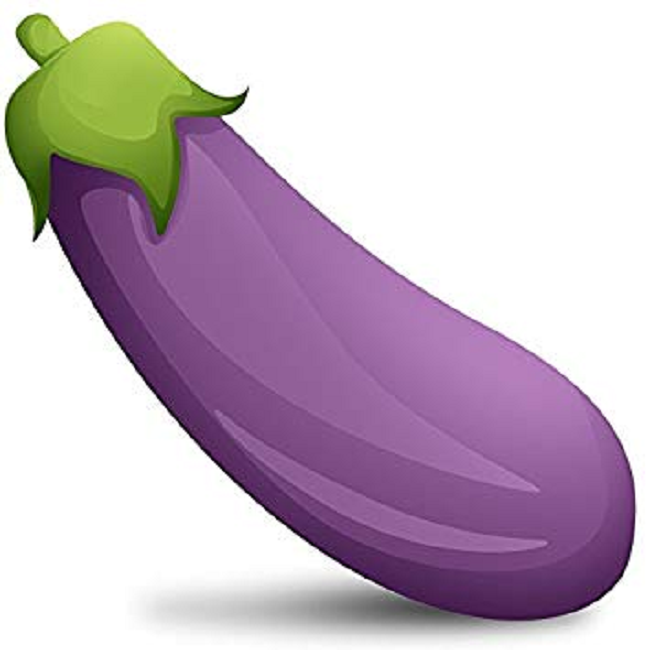 Although it looks innocent enough, unless you hate aubergine, it’s used to represent a penis, and we have to say – if your penis looks like that, get to a hospital as fast as you can. The emoji is considered to be so sexually charged that it was banned temporarily on Instagram, which was mildly unfair on vegans trying to drum up excitement for their dinners.

With that in mind, we have to say we were a little surprised to see this tweet from Kay Burley. 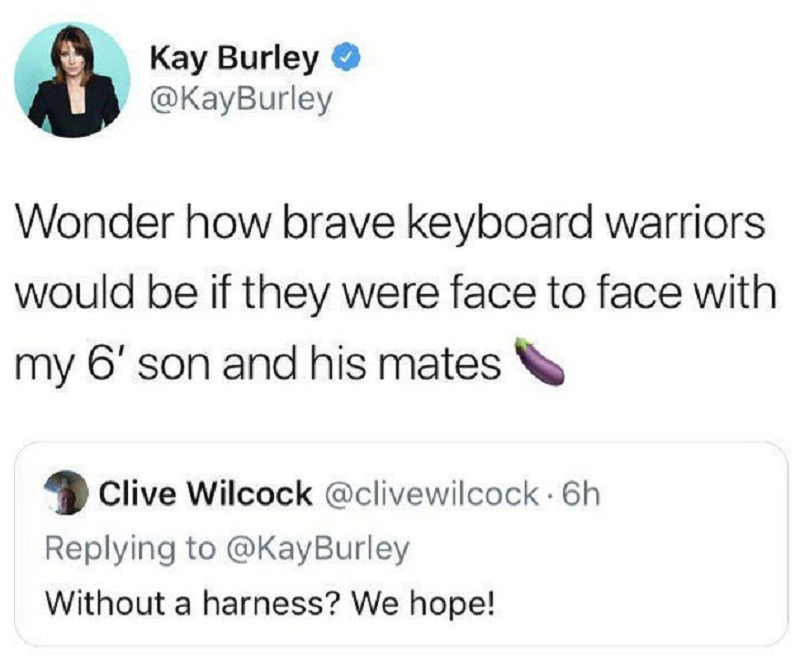 The subsequently deleted post was in response to a horrible troll suggesting she jump off a cliff with no safety gear, so we can see why she was questioning their bravery, but we can’t see what made her choose that emoji. Of course, people had thoughts.

Placement of the 🍆 emoji here raises a lot of questions I don't want answers to.

Logs into twitter and sees Kay Burley threatening people with her son and his friends dick….

congratulations on the large son

It is too hot for me to deal with Kay Burley talking about her son's dong on the TL. pic.twitter.com/7QQdl99G9b

I reckon I could take him. No issue with you, just want to fight a 6 foot aubergine

Incredible work to whoever got to Kay Burley's wikipedia page pic.twitter.com/AMl8smHRKi