There are some horrible things on Twitter, but the bigoted bile spewed by some of its users is particularly awful, and Trump fans have been among the most bigoted on the site. One woman drew attention to her awful account with this tweet: 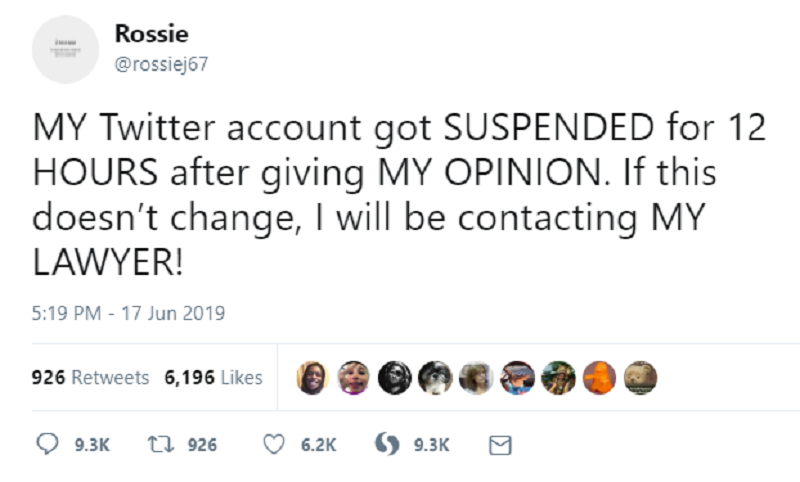 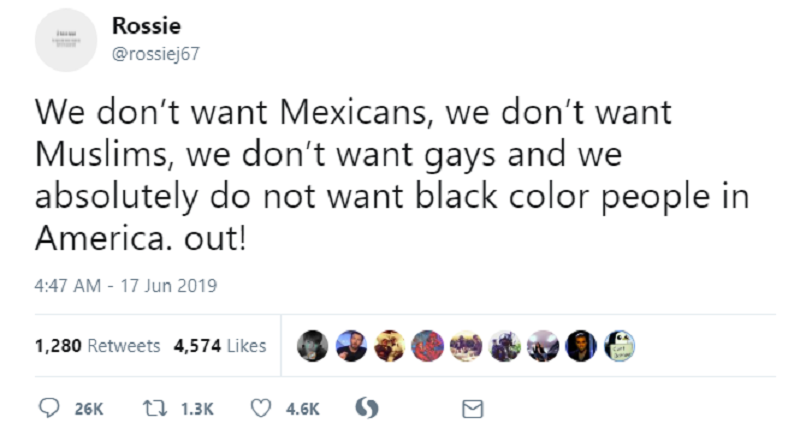 Suddenly, her suspension made a whole lot of sense, and people soon shared their opinions.

Everytime you obnoxiously decide to tweet words of hatred against another human being you will be reported by me… this is a beautiful world and that level of nasty hate has no place in it. Naughty step for one minute per year! #supernanny

Think about how there are currently children in the border getting separated from their family , think about all of the African American men who are getting murdered everyday and gay women getting harassed so yeah Rosie you deserved getting suspended.

You can use those 12 hours to educate yourself….?

Me reporting your “opinions” again in 12 hours to get you re suspended . pic.twitter.com/jbI1BLsHlD

let’s do it baby, i know the law

Twitter is a private platform with its own rules. Are you really this stupid? Or is this all just an elaborate ploy for attention? The rate you're going, your account will be deleted by the end of the week. And it will be good riddance to racist trash.

We really enjoyed this message from “her lawyer”.

Ma'am this is your lawyer, and speaking as your attorney allow me to give you this legal advice: lmao

We must have some natural legal ability, because we thought exactly the same thing.