To the women’s football World Cup, where the United States recorded a thumping 13-0 win over Thailand.

And it prompted no end of comments on Twitter.

And some people thought the US players celebrated a bit too enthusiastically during the record-breaking win.

In particular – with a grim sense of inevitability – the Daily Mail, as highlighted by the brilliant @DMReporter on Twitter.

SPORT: Fury as women don’t display the correct levels of restraint while being good at something.

Imagine if Liverpool Hotspur beat Manchester Forest 13-0 and ‘toxic masculinity’ was blamed for them being too celebratory… pic.twitter.com/Z4W4XiK5w8 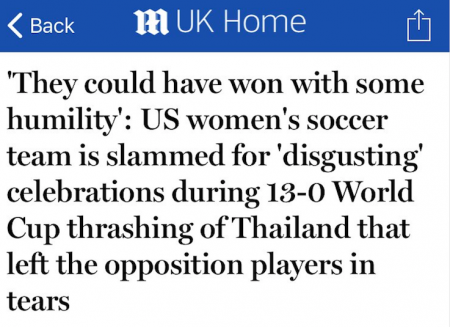 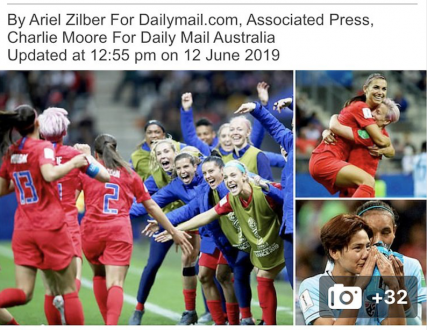 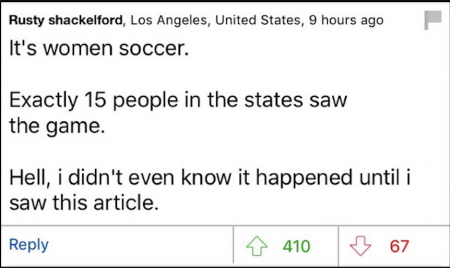 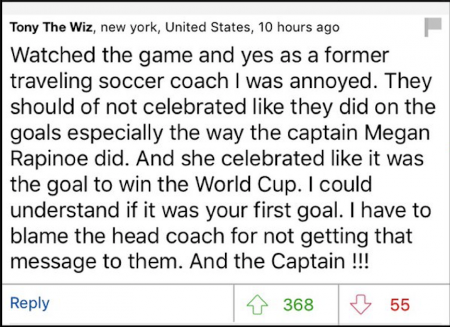 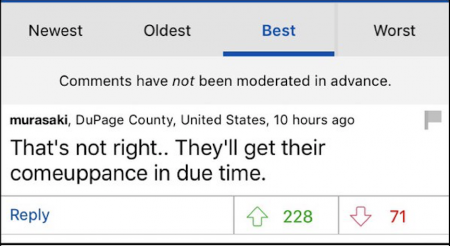 Really respecting the game and what you’ve worked for is to do your best at ALL times. This is a call to @FIFAcom to do more and give more resources for some of these countries. It’s the World Cup folks. Would you say this about the men? Didn’t think so.

In an uncertain world, it’s good to know that some things will always be utterly, totally, entirely predictable.

next story
Breaking News: This dog blissing out on a trampoline is just the content we needed today