This is already a brilliant story shared by Sophie Gadd on Twitter, but the last line of the local newspaper’s report takes it to a whole new level.

remember when my old school held a cake sale for diabetes awareness pic.twitter.com/a2u6usYEpT 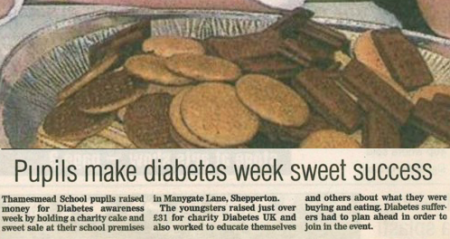 ‘The youngsters raised just over £31 for charity Diabetes UK and also worked to educate themselves and others about what they were buying and dating. Diabetes sufferers had to plan ahead to join in the event.’