This amazing sculpture will be appreciated by anyone who flattens out the foil wrappers of their chocolate snack of choice.

Because Scottish artist David Mach took a whole bunch of Tunnocks Teacake wrappers and did this with it. And yes, it’s fair to say it puts our Kit-Kat efforts to shame.

To those of us who obsessively flatten out and fold the foil wrappers of choccie biscuits, sculptor David Mach is now our God. Here’s his ‘Easy Tiger’ in the RA Summer Show. Tunnock’s wrappers used like silver leaf pic.twitter.com/ixg0EIwt99 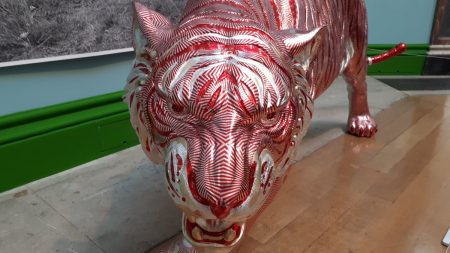 Just look at it! 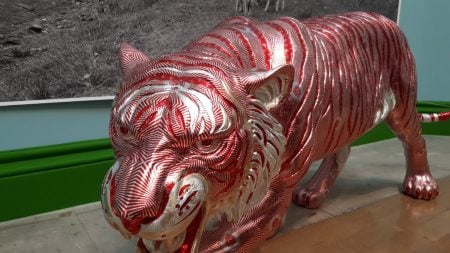 And it went viral on Twitter, with these just a few of the things people were saying about it.

Forget architecture. More than 10 years on here and the first thing I've posted to get something approaching a mass audience is the Tunnock's Teacake Tiger at the RA https://t.co/45oZ4SDjeg

The rest of him is just as impressive! pic.twitter.com/BbxrabAxRx

It prompted people to share some of their own creations, some (sorry) more impressive than others.

Amazing work! Here’s my girlfriend’s effort from a few years ago, still has pride of place on the wall! 😂 pic.twitter.com/vmv9fYnHbz 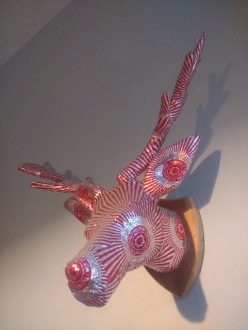 Amazing! Better than my effort. pic.twitter.com/pEifiEy99q

And here’s one from my local museum, in Lanarkshire, where Tunnoch’s Teacakes are made 😉 pic.twitter.com/7nWl4fCPu6