Cats are cunning, and that cunning is at its peak when they’re trying to get food, even if they shouldn’t be eating – in many ways, they’re a lot like us. One ginger tabby named Cheeto, who lives on campus in a University of California college had obviously been overindulging and was starting to get a bit of a belly – 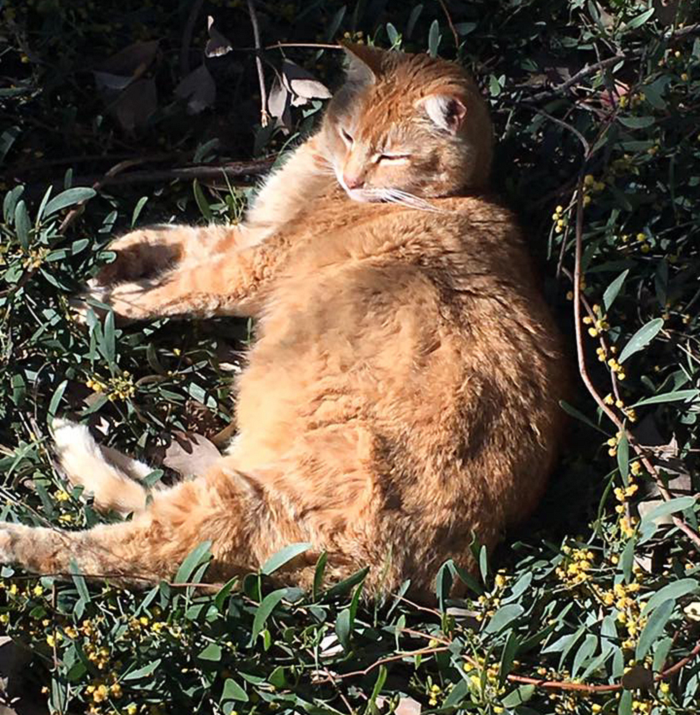 The students wanted to find a way to save Cheeto from himself, so they did this. 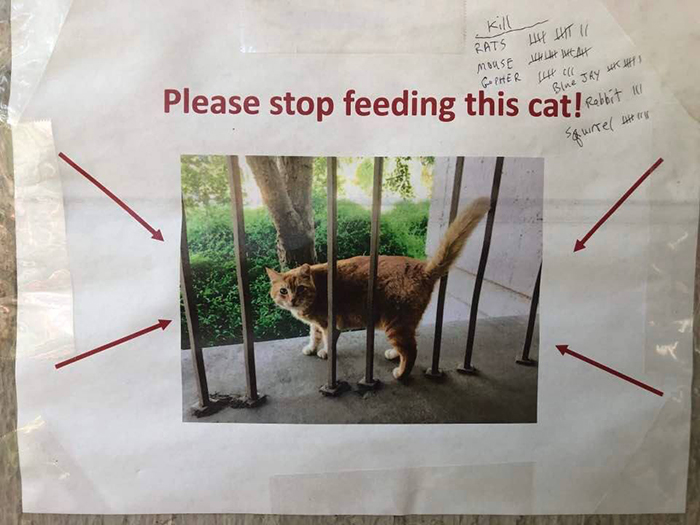 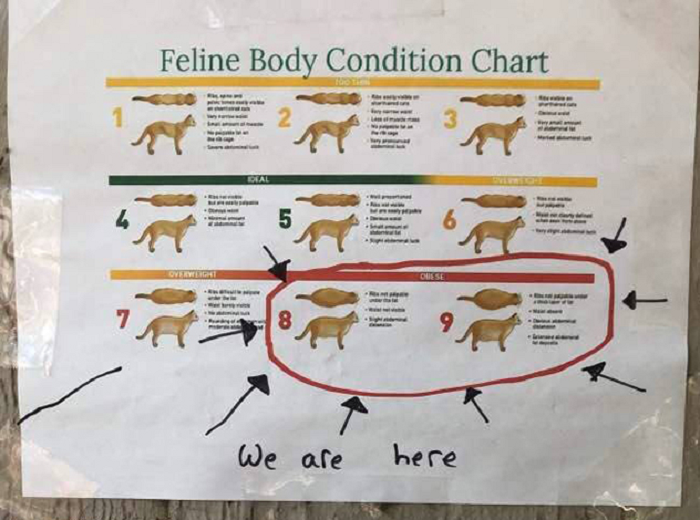 They added this extra information. Because these are not just any students, but scientists, they posted this graph for all to see. 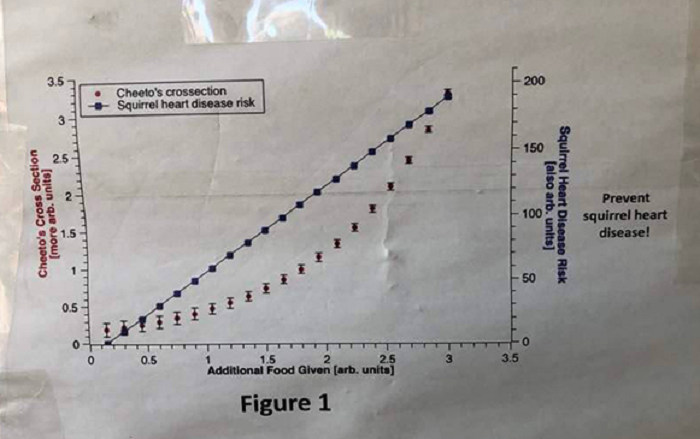 Not everybody was on the side of the students.

“Cheeto does not need this kind of negativity in his life.” Jessica Jensen

“why are they publicly shaming this beautiful boy??” Ian Brooks

But some were just there for the jokes.

One Facebook user suggested Cheeto’s condition could be down to nominative determination.

“Please stop fat shaming Cheeto. You chose his name. Maybe if you had gone with Acai Bowl or Kale Chip?” Bonnie Harrison

They can call him what they like – he’s a cat, he still won’t come.