Tory party leader wannabe has admitted to taking cocaine and expressed his hope that it doesn’t stop him from becoming PM. 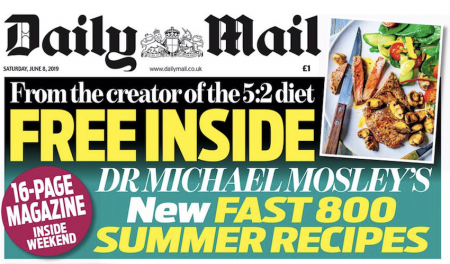 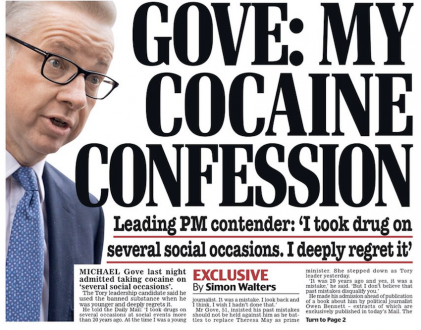 And it’s pretty much the only story in town right now. Here are our favourite 19 lines.

Michael Gove must now be wishing he’d gone for ‘no deal’ all those years ago.

Or at least left something on the table.

How far we have fallen from morality when Gove's spinners think the electorate will be morally horrified by #MichaelGove's recreational cocaine use, but not at all arsed about how he deliberately and systematically fucked up the U.K.'s state school system for years to come!

Pretty cool how normal people can get thrown in jail for cocaine use (a policy Michael Gove doesn't want to change) whilst he can dust off an anecdote about that time he used nose drugs in order to look slightly less fucking dull in a leadership contest pic.twitter.com/VMUNnvF9JE

I'm not sure I ever saw admitting to drug usage as a crucial step in the Tory leadership battle, but here we are again. Next up, Rees-Mogg's laudanum binge with Coleridge and De Quincey https://t.co/S7d67ndOWp

I’m always the same the next day if I get shit gear so I empathize https://t.co/uu4TgZ6Cga