We’re grateful to Twitter user @bloodhoundheart for sharing this Craigslist ad for a 1999 Toyota Corolla which they just can’t stop thinking about.

Have a look and you’ll keep thinking about it too.

i can not express to you how often i think about this craigslist ad pic.twitter.com/WCJ6L6PPO3 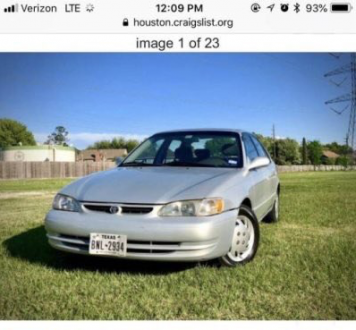 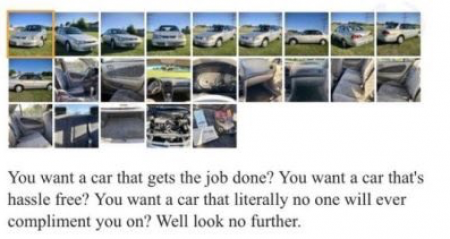 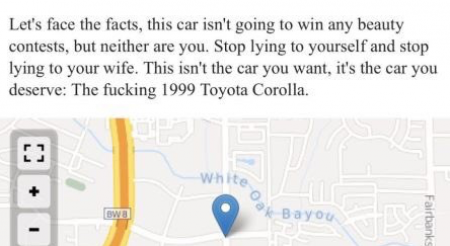 this car isn’t going to win any beauty contests but neither are you gets me. every time

Sat at a bar by myself and almost spit take to “It IS a car!”