You may remember a couple of months ago that we told you about the wonderful Joe Lycett‘s efforts to get the Mayor of Birmingham, Yvonne Mosquito, to agree to hold an opening ceremony for the new kitchen extension of his house.

Here’s what he told us at the time. 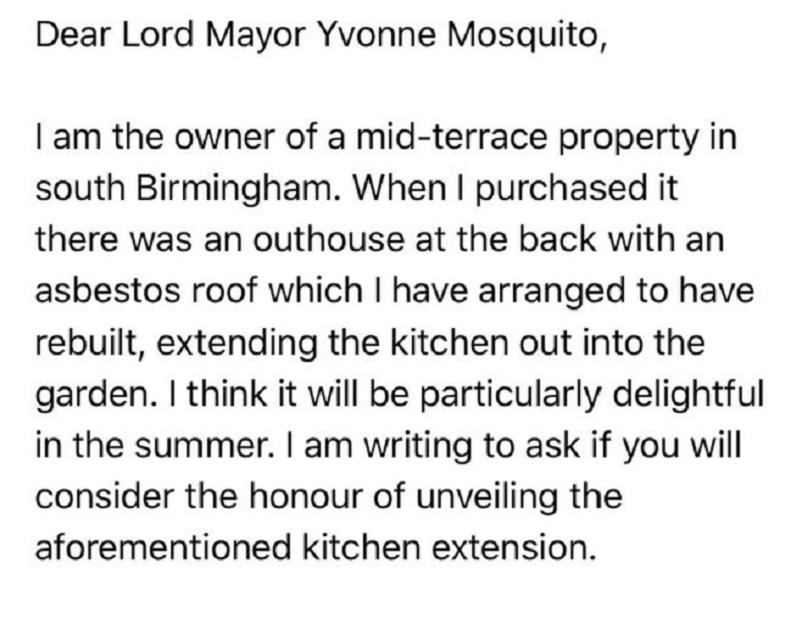 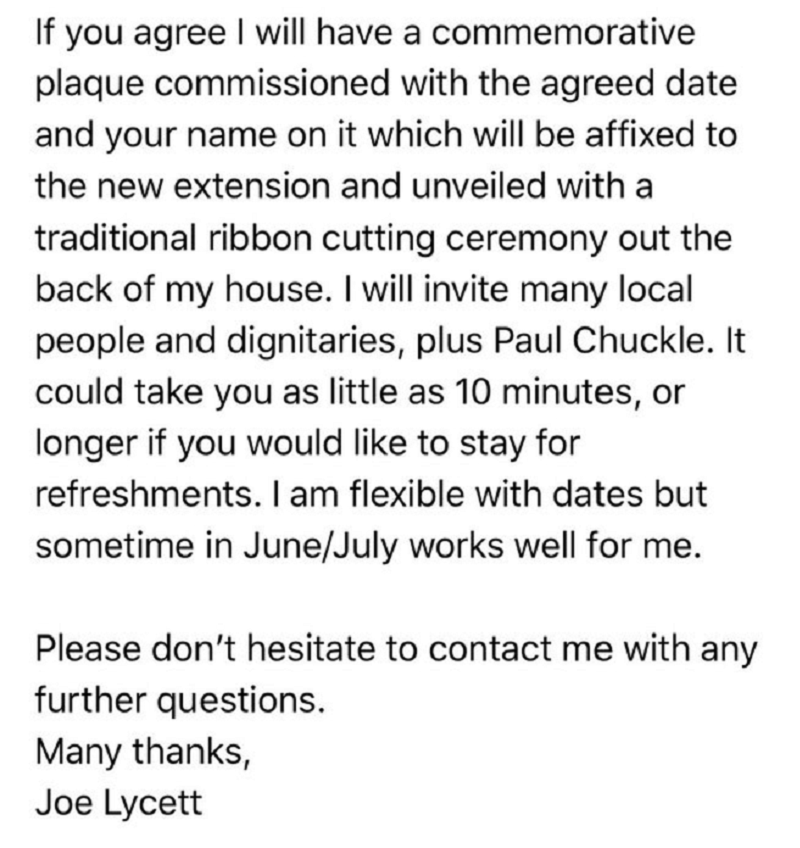 Although there had been an early disappointment, her office had left some room for hope.

The Lord Mayor’s office has clarified that if this is a public ticketed event that would change things. I’m looking into this.

Well, Joe got his wish – and this is how that unfolded.

To make the event a ticketed affair, he ran a charity raffle for the honour of attending.

Long story short – it looks like the Lord Mayor of Birmingham will open my kitchen extension. There will be a raffle for four members of the public to win tickets to attend. Details for this will be sent to my mailing list: https://t.co/jWSm18slgH

You have until midnight tonight to apply to go to this, the opening of my kitchen extension by the Lord Mayor of Birmingham pic.twitter.com/j7IYJZ0jlH

It gained an official broadcast partner.

It’s official – @bbcr1 is the official host radio broadcaster of the grand opening of my kitchen extension. Tune in from 6pm today.

Final reminder before I crack open the fizz: you can watch the Lord Mayor of Birmingham open my kitchen extension on my Instagram live from 6:25pm, or tune into the official radio broadcast partner @BBCR1 from 6pm, or watch the weather live from my garden on @bbcmtd at 6:50pm.

Celebrity guests were lined up.

Ridiculous I know,but we're live from comic Joe Lycett's house tonight where the Lord Mayor of Bham's officially opening his new kitchen.Real red carpet job! Plus the surge in gang war in Wolverhampton. Plus the play off sec leg between WBA and Villa. @bbcmtd BBC 1, Sky 959 6.30