We’re grateful to Bob Nicholson for sharing some of the answers women sent in to Tit-Bits in 1889 after the magazine invited them to answer the question, ‘Why Am I A Spinster’.

And here they are. 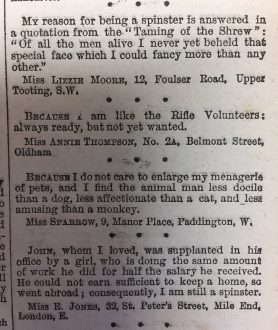 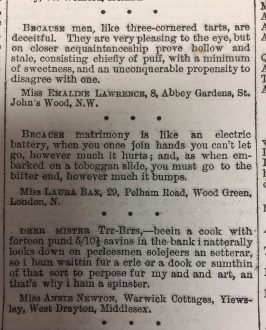 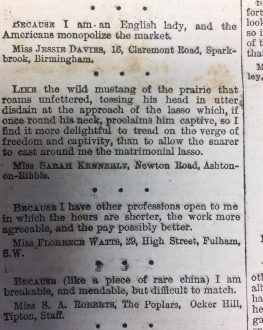 And the story didn’t end there.

Yes! That one and this one. pic.twitter.com/K4vFBtJDyJ

The Miss Annie Newton one: do you think it’s real or put there by the editors?

I suspect it was submitted by a reader, but deliberately written as a parody of working class dialect/literacy. Cooks often appeared in 19thC jokes, and usually with comic dialect like this. The competition invited funny/witty responses; think this is an attempt at a joke.