A Facebook page called Britain Bites Back appears to have suffered an unfortunate fate after it was hijacked by remainers and it ended up not just bitten but totally mauled. Brilliantly, hilariously mauled.

It started when the page decided to hold its own poll about EU membership ‘to prove how pointless that petition really is!’ This one, presumably.

Except it didn’t go entirely to plan. 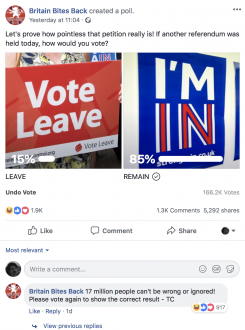 And it prompted a minor meltdown which is probably the sort of thing best done behind closed doors. Except, in this case, it was visible to anyone who visited the page. 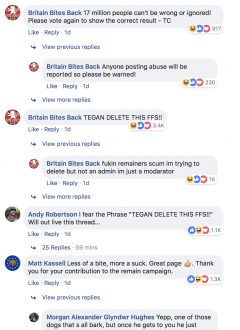 And it didn’t end there, it really didn’t. 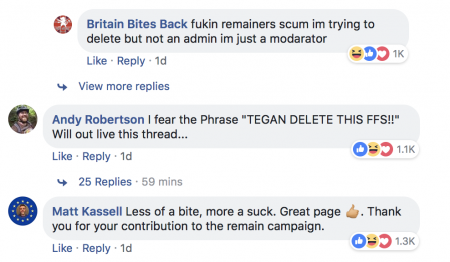 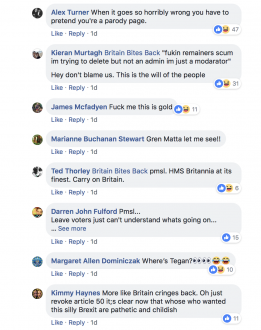 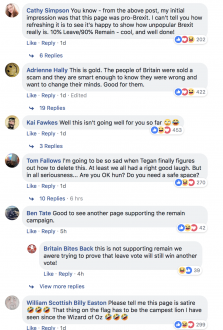 So they tried a different a tack. 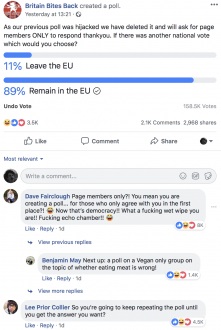 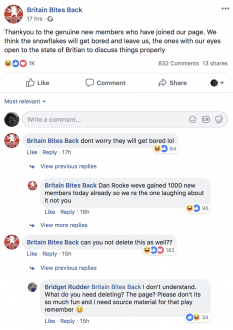 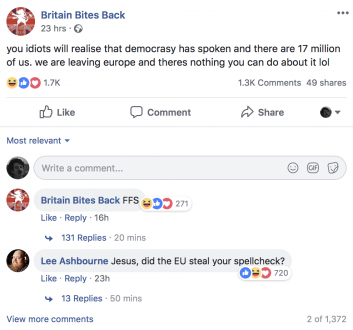 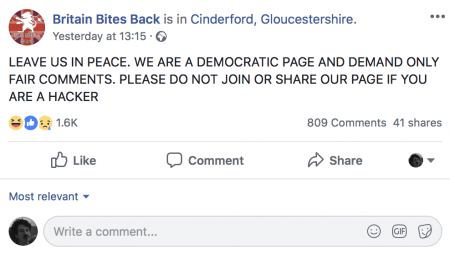 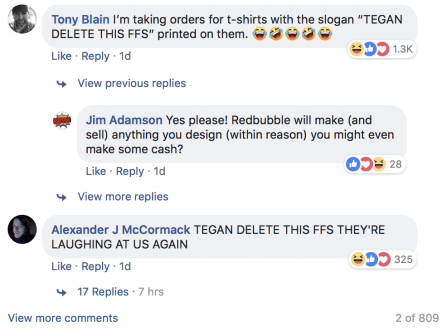 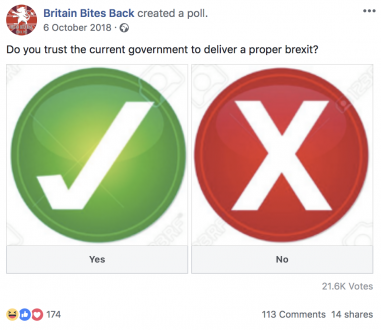 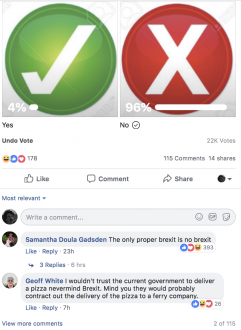 There is always the possibility that the whole thing is a joke, of course. Tegan, it’s over to you …