You might remember the Dutch historian called Rutger Bregman who went viral after he used a session at the Davos World Economic Forum to take billionaires to task for not paying tax.

‘It feels like I’m at a firefighters conference and no one’s allowed to speak about water.’ — This historian wasn’t afraid to confront the billionaires at Davos about their greed pic.twitter.com/TiXSJZd89M

Well now he’s done something similar to the BBC’s This Week programme presented by Andrew Neil.

Bregman was invited onto last night’s show to talk about his new book but he wasn’t entirely impressed by what happened next, so he shared his experience on Twitter.

And no matter which side of the argument you agree with, it’s a gossipy treat. Funny, insightful, and no doubt about to go viral all over again.

1. Last night, I was invited to be on the BBC show ‘This Week’. I thought that Davos was a bewildering experience, but this beat everything.

2. A bit more background on how incredibly stupid the show really is. First they invite you to talk about your book, and pretend to be really interested in your ideas.

3. Then they ask: ‘Can you make a statement about the European Union?’

4. Producer: ‘Yes, we want to get into that. But what do you think about Brexit?’

A couple of hours before the show, they want you to do a video of 2 minutes in which you have to summarise all your ideas. (‘And can you say something about Brexit please?’).

5. When you arrive at the studio, you quickly find out that nobody has actually read your book. The producer, the presenter – they all couldn’t care less. They don’t even have a copy.

6. The show starts. They play the badly edited video, after which three right-wing dinosaurs – two of them politicians from the Stone Age – start teaming up on you. Clearly, not one of them has read a page of your book.

7. They make up facts about inequality (‘hasn’t grown’) and the economy (‘never been better’). They change the subject every 10 seconds. They hardly let you finish a sentence. Then it’s over.

8. This was the worst experience I’ve had with UK media, but after quite a few interviews in different countries, I think I can say that, on average, British journalists are the least curious of all. So often, being ‘critical’ is just a pose.

10. The good news: there are new media in the UK filling the gap. Smartest questions (and best criticisms) I got this week were from Aaron Bastani of @novaramedia – a tiny startup with really smart, young journalists. https://t.co/k6xjf7Mkv0 [the end]

11. And to clarify – I think my politics are quite different from those of @novaramedia. I’m not a fan of Corbyn, absolutely don’t identify as a ‘communist’ (trying to save capitalism instead…) etc.
But they actually read the book, can’t say that of many other UK journalists.

You can see last night’s This Week in its entirety on the BBC’s iPlayer here.

And really, you only have to watch the first 10 seconds to understand what might have given him the fear. 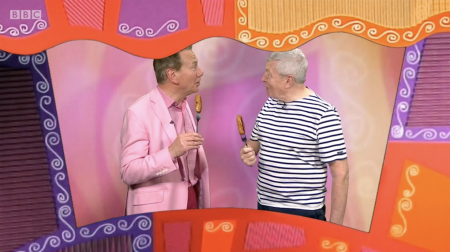 Bregman’s film begins around the 10 minute mark and it’s followed by quite the debate (Portillo says his film is ‘ill-informed’, Bregman tells him he’s being ‘fact free’).

And here were some of the things people had to say in response.

Set out like this and with the slight estrangement effect of someone who doesn't take all the ridiculous forms for granted, this is quite the indictment of the total unseriousness of British political programming. https://t.co/KqnXQPumXG

We are bewildered by so much at the minute, Rutger.

If you thought the state of our politics was a national embarrassment, we regret to report that the world has now also found out about our political media. https://t.co/X2xDDrw903

Think how we feel as viewers. It’s like screaming into the endless void of nothingness.

This only confirms what many of us have observed- that ‘This Week’, with its Statler & Waldorf format, is well past its sell-by date. https://t.co/VwFuy7ov7s

'British journalists are the least curious of all'. Must read thread on the failings of the BBC in particular. https://t.co/EZXKm6mv6d

Reading through this thread it seems like your describing another BBC show… pic.twitter.com/jm0rWjQ8Q0

A reminder that the UK broadcast media, BBC included, is profoundly anti-intellectual and hostile to challenge, and that THIS IS NOT NORMAL. Even in the US, you can get much more intelligent engagement on TV, let alone in the rest of Europe. https://t.co/MyopdsI7fX

You and Bobby Gillespie Rutger… check his face when the ‘dance off’ starts https://t.co/PsDEY5Z3Yt

How could anyone forget?

Bobby Gillespie regretting his decision to appear on this week while the others dance is my new jam pic.twitter.com/6z306L8ET2